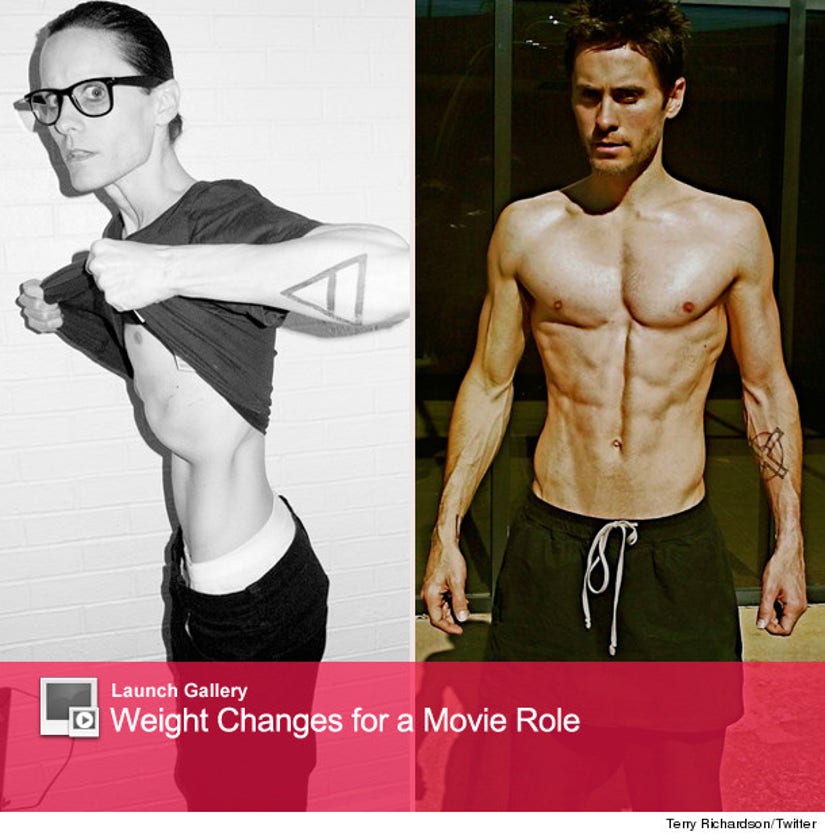 Matthew McConaughey isn't the only bag of bones on the set of "Dallas Buyer's Club."

Co-star Jared Leto is also wasting away for his role in the film -- and today he and photographer Terry Richardson shared some scary, shirtless photos of his shrinking physique.

The actor, who also waxed his eyebrows, revealed he's fasting to play a transsexual and told Vulture he hasn't eaten in almost a month.

"Your body goes through weird stages," he says of the weight loss. "Sometimes it's hard to hold on to water. But for me, it's not about the most weight I can lose, it's more to represent the character." 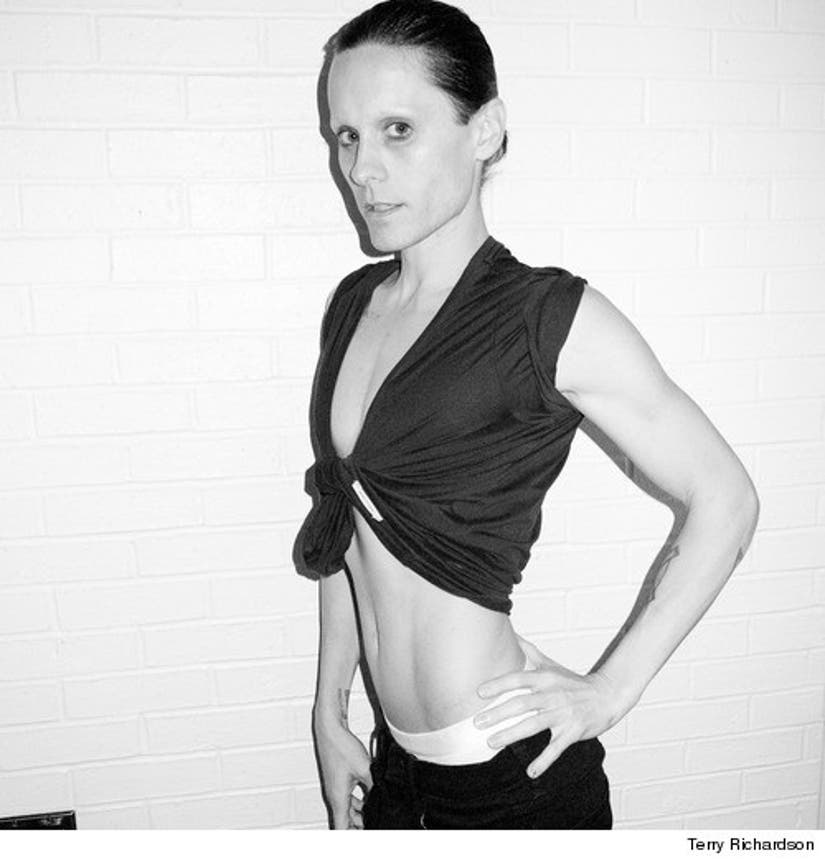 "Historically, people have done it for pursuit of self, to achieve a meditative state, so I'm hoping for that," he added. "It's not necessarily a bad thing."

No word on how much he's lost, but McConaughey reportedly dropped 30lbs to play an HIV-positive patient in the same movie.

See more stars who have changed their weight for a role in the gallery above.