With the report that Jessica Simpson is already pregnant with her second child after just giving birth in May, a lot of talk has turned to the old adage of "Irish twins."

The once derogatory term is now used as slang for siblings who are born within one year of each other, and while Jess' babies would be a bit farther apart, we decided to take a look at other stars who gave birth back to back. 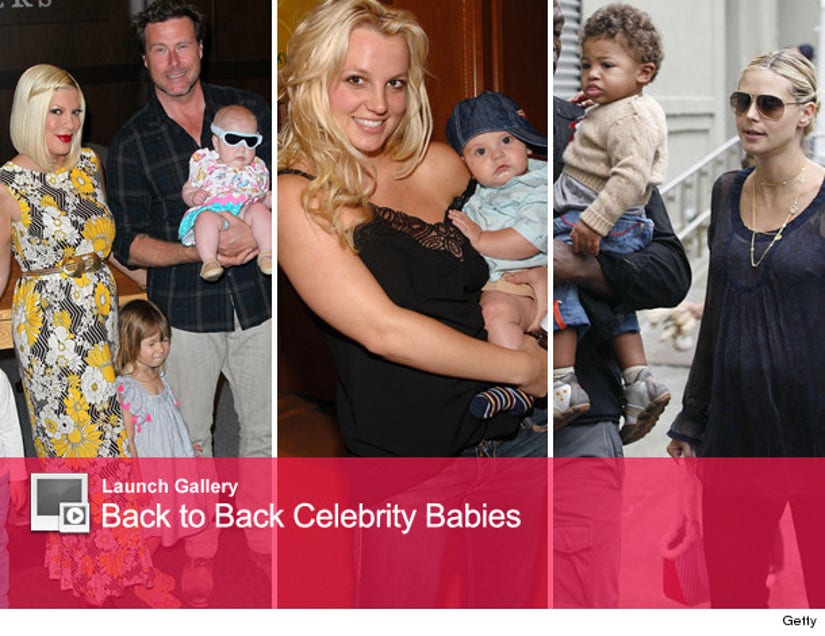 Tori Spelling is guilty not once, but twice!

Liam and Stella, Tori's first kids with hubby Dean McDermott, were born 15 months apart, but the bigger shock came with the younger two -- she learned she was pregnant with son Finn just one month after giving birth to daughter Hattie! Only 10.5 months separate the tykes.

Daughter Leni -- from the model's relationship with Flavio Briatore -- was born in May 2004, son Henry -- with Seal -- was born in September 2005, and son Johan was born in November 2006! Sixteen months separate Leni and Henry, while just 14.5 separate him from Johan.

Click "Launch Gallery" above to see more stars with back to back babies, including Mark Wahlberg, Denise Richards and an Olympic champion!