Last year, we barely knew of them, this year, we couldn't get away from them! 2012 brought a whole new set of names into the pop culture lexicon.

Alana Thompson got her own reality show after standing out on TLC's "Toddlers & Tiaras." The star, who is so young she still has baby teeth, not only captivated the hearts of producers, but also America. The fourth episode of her spin-off, "Here Comes Honey Boo Boo," pulled in 3+ million viewers ... more than the 2012 Republican National Convention!

A sunglasses-wearing singer from Korea became 2012's surprise YouTube sensation. PSY's "Gagnam Style" went viral, raking in over a billion views (yes, you read that right) surpassing the ever-popular Justin Bieber "Baby" video and becoming the first video in the history of YouTube to hit that number. With his funny dance moves and catchy song, PSY galloped his way into international stardom.

And who would've thought boy bands could make a successful comeback? One Direction proved male singing troops still have selling power, topping the international charts with the single "What Makes You Beautiful." The boys got their start on the U.K. "X Factor" and are looking to have an even bigger year in 2013.

See who else made our list, including a hot "Housewives" star and two members of the Kardashian-Jenner family: 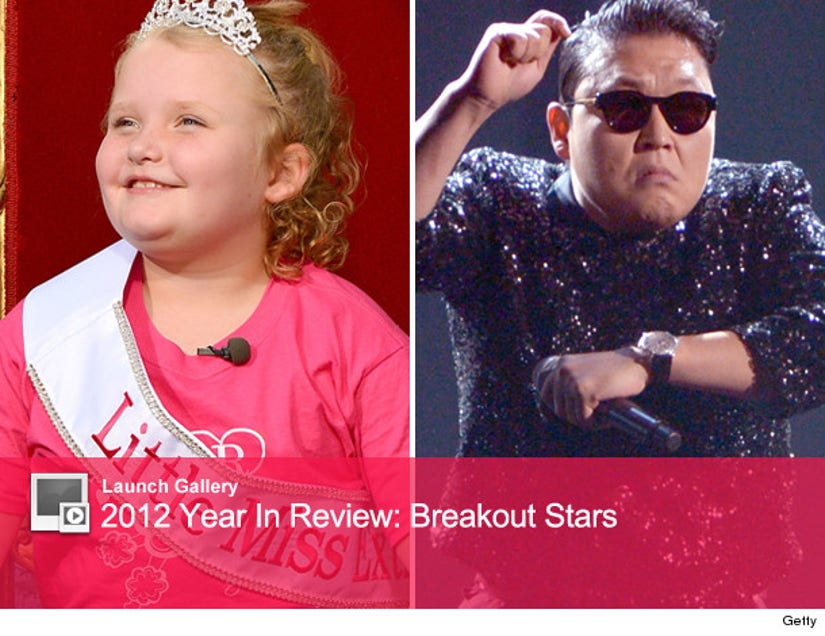 Who do you think was the biggest breakout star of them all? Sound off in the comments below!