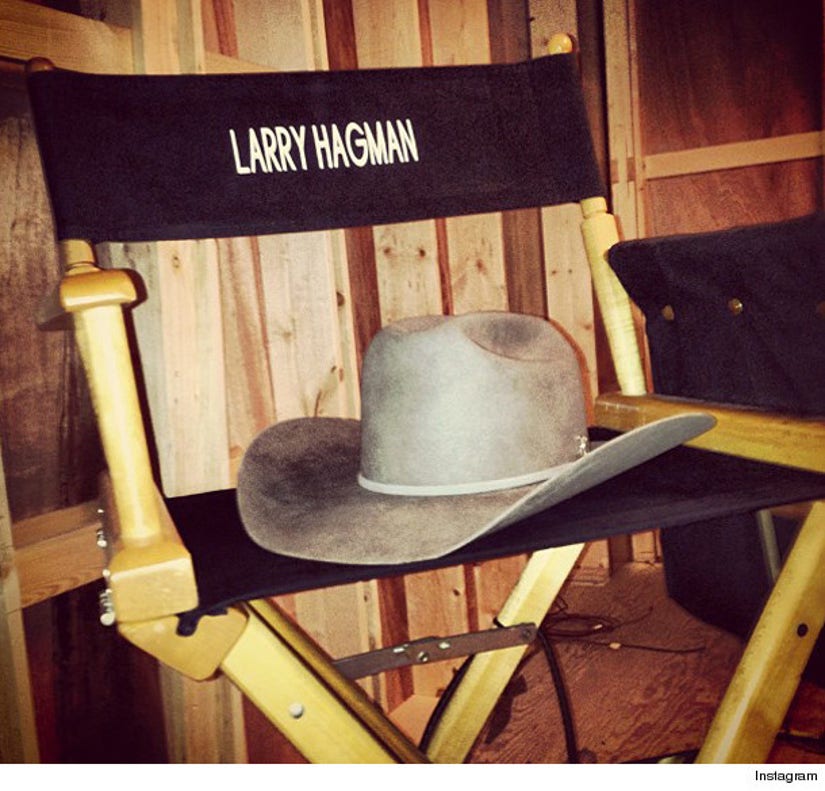 Larry Hagman may be gone, but he's not forgotten.

The cast of TNT's "Dallas" is back on set filming the show's second season -- picking up production days after Hagman's death last week.

And Josh Henderson revealed how the cast is paying tribute to their late costar moments ago on Twitter, posting a photo of Larry's chair with his trademark cowboy hat sitting in it.

"He'll always be with us on set," Josh tweeted along with the photo.

Josh isn't the only one remembering the man known for his role as J.R. Ewing, many of the show's costars have been tweeting about his death.

"So sad to lose such a wonderful dear bigger than life friend. Larry Hagman was one of a kind and will be with us all forever," wrote Linda Gray ... who also revealed the cast gathered on set to share their favorite memories of Hagman.

"I feel lucky and humbled to have worked with such a great man and actor. We will miss you, Larry," added Jordana Brewster.

"To know the man, however briefly, was to know a passion and dedication for life and acting that was profoundly inspirational," wrote Jesse Metcalfe.

Hagman died from complications from his battle with cancer at the age of 81.