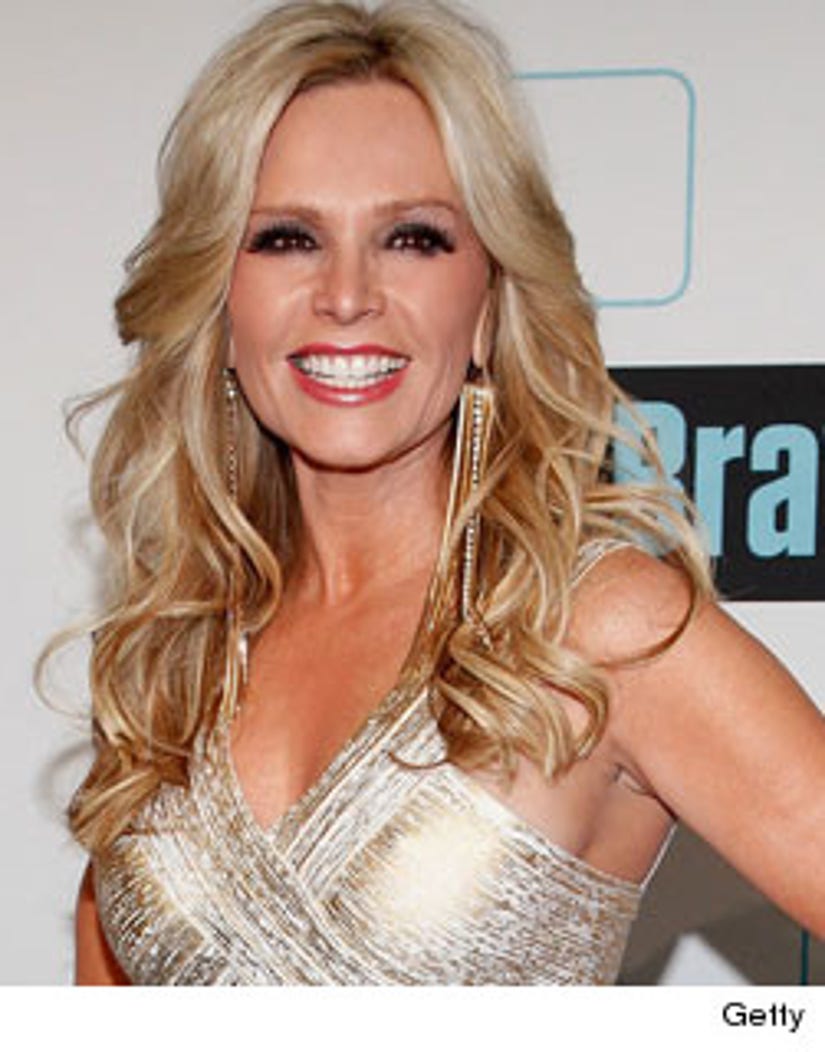 The "Real Housewives of Orange County" braved the rain in their high heels ... all for castmate Tamra Barney!

Even Alexis Bellino made an appearance, dismissing reports that she's off the Bravo reality show. However, it's clear she's not part of the inner circle; Alexis arrived first by herself and the remaining wives (sans Heather) arrived in a black stretch limo.

toofab talked exclusively to Tamra, where she spilled details about her wedding dress. Since her marriage to Eddie will be her third, will the bride wear white?

Tamara didn't seem to mind that Alexis was joining them, telling toofab she "loves her." When asked if she enjoys time with Alexis, Gretchen answered "always!" Check out the video below to see what Alexis' "foe"-star Heather had to say about her return!