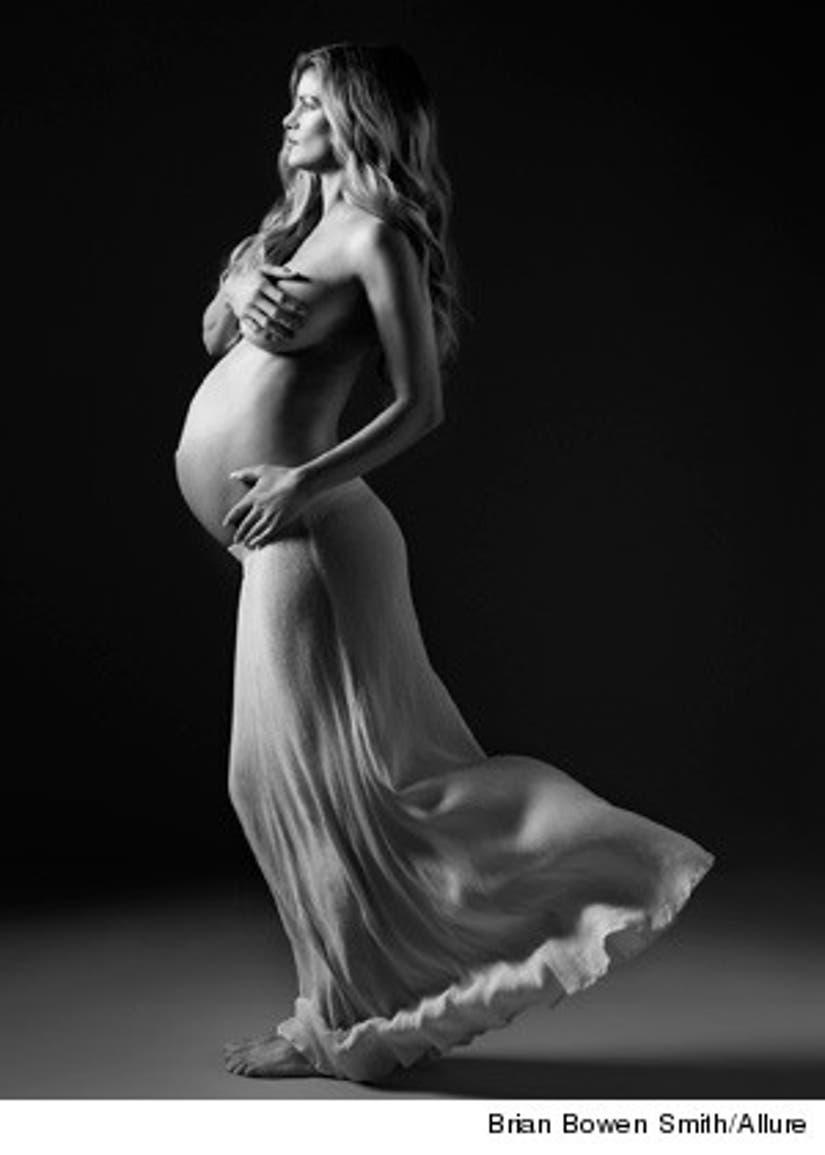 Is there anything more beautiful than an expectant mother?

Allure shared these shots of a pregnant Marisa Miller posing topless. The mom-to-be and her husband, Griffin Guess, are expecting their first child very soon.

The supermodel has shown skin before in her Sports Illustrated and Victoria's Secret spreads, but not as much as this. Check out the gorgeous photos by Brian Bowen Smith and see what Marisa had to say about her impending motherhood. 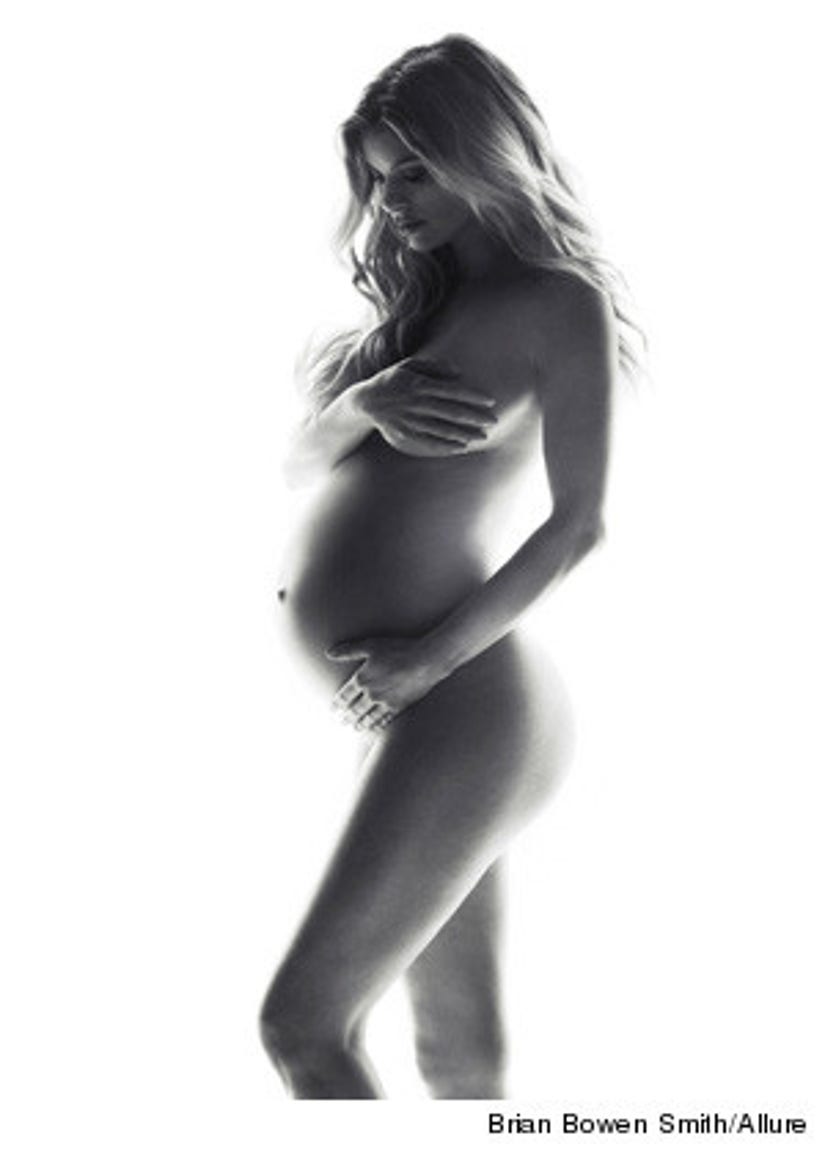 On how posing nude is different when you're pregnant...

Miller: "I always felt, even before I got pregnant, that it's better to accentuate your curves. A lot of women try to tuck their butt in or kind of slouch because they're trying to hide. Obviously, you can't suck it in, but it's important to really show off the belly. For some reason, for me, from the side, it looks the biggest, so that's what I tried to do."

On changing her fitness routine...

Miller: "I did Pilates five times a week during my second trimester, but it's so modified now, mostly stretching and breathing. It's easy to feel swollen and puffy, and moving really helps with the circulation." 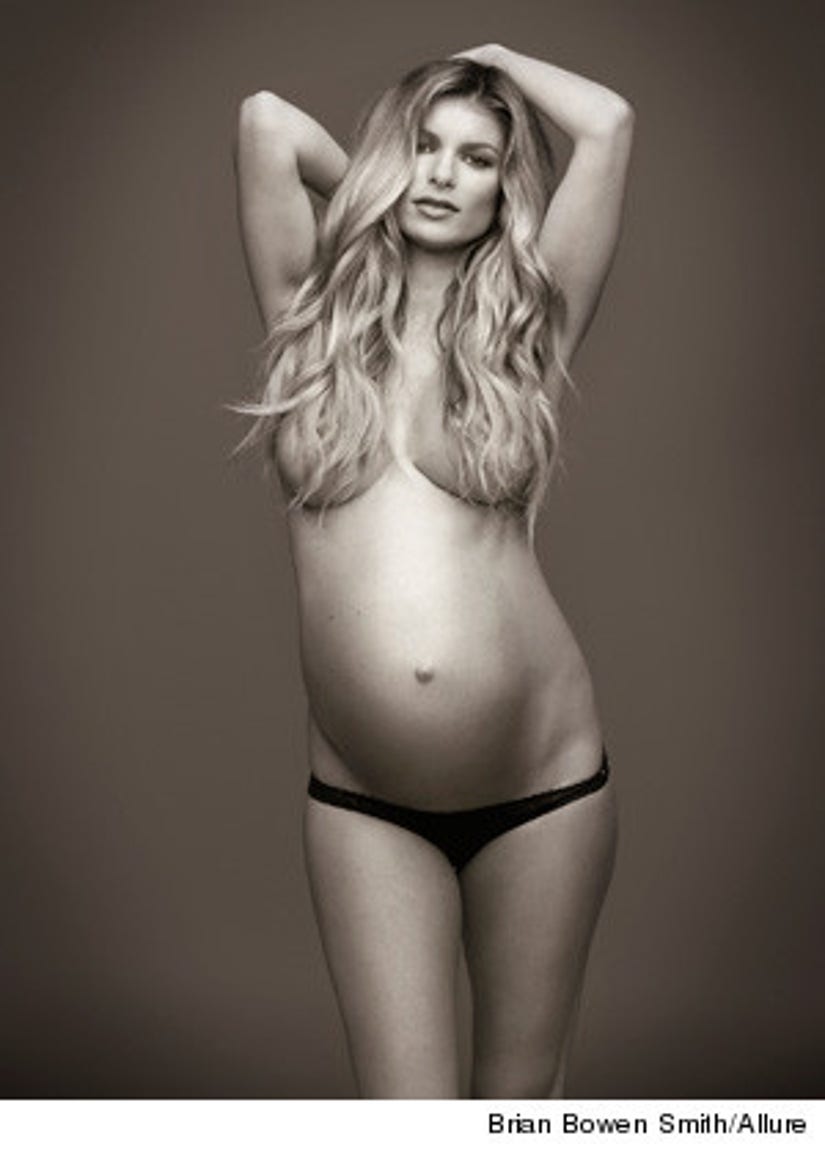 On handling the inevitable weight gain...

Miller: "Embrace everything and all the changes. My sister said to me, 'You're eating healthy and you're working out, so whatever your body gains, it knows what it's doing.' I had never even owned a scale before, but gaining weight is part of charting your progress. Yes, I was seeing numbers I'd never seen before, but I let go of that because I had a new goal and focus."

Somehow, we think Marisa will have no problems bouncing back. Just check out her fellow former Victoria's Secret Angels Miranda Kerr, Alessandra Ambrosio and Adriana Lima -- who all returned the runway after giving birth! 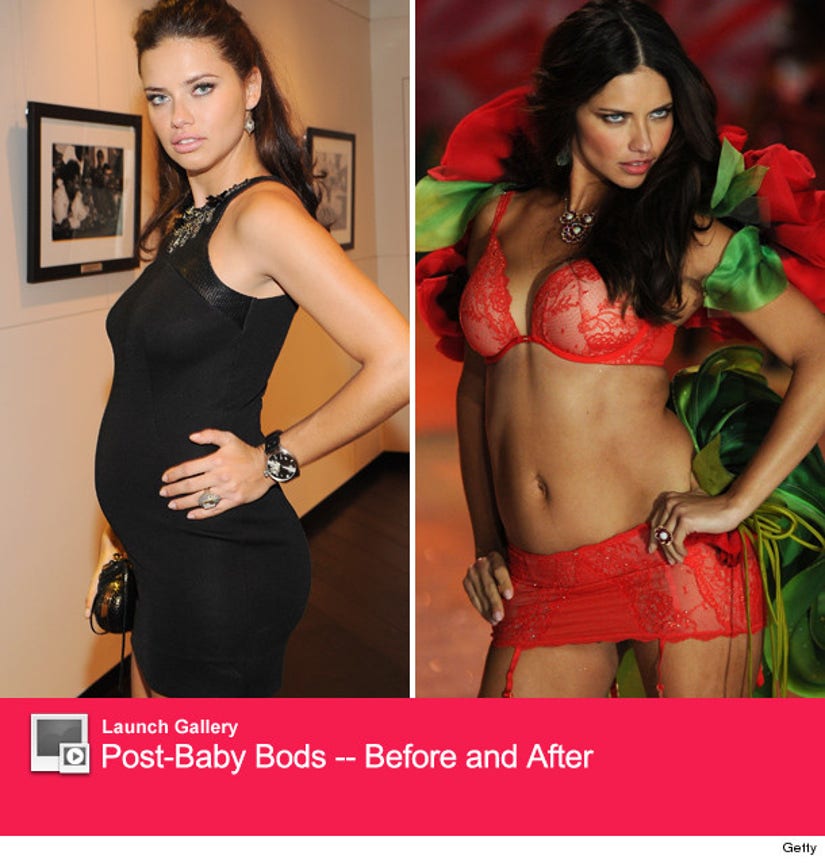