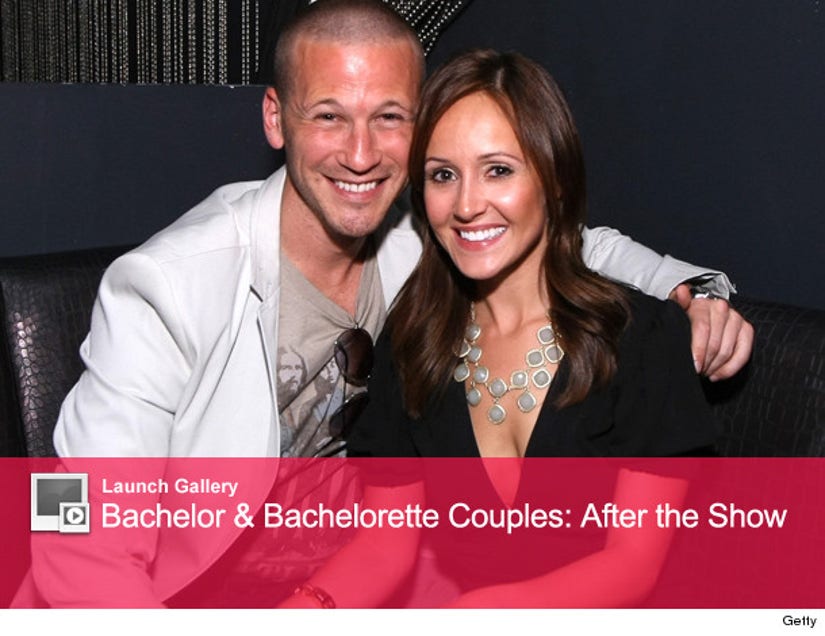 Ashley Hebert is a "Bachelorette" no longer!

The reality star and her pick, J.P. Rosenbaum, tied the knot on December 1 in Pasadena, California in front of show alums like Trista and Ryan Sutter, Emily Maynard, Ali Fedotowsky and Michelle Money.

Host Chris Harrison officiated the nuptials, which will air December 16 on ABC.

Hebert and Rosenbaum met on the 7th Season of "The Bachelorette" after Hebert was rejected by Brad Womack on "The Bachelor." Ashley had to pick between J.P. and Ben Flajnik -- who eventually became the next "Bachelor" after she accepted Rosenbaum's proposal.

Trista and Ryan are the other only stars from the both "The Bachelor" and "The Bachelorette" to actually make it to the aisle with the person they picked.

Check out the gallery above to see what happened with all the other "winning" couples.