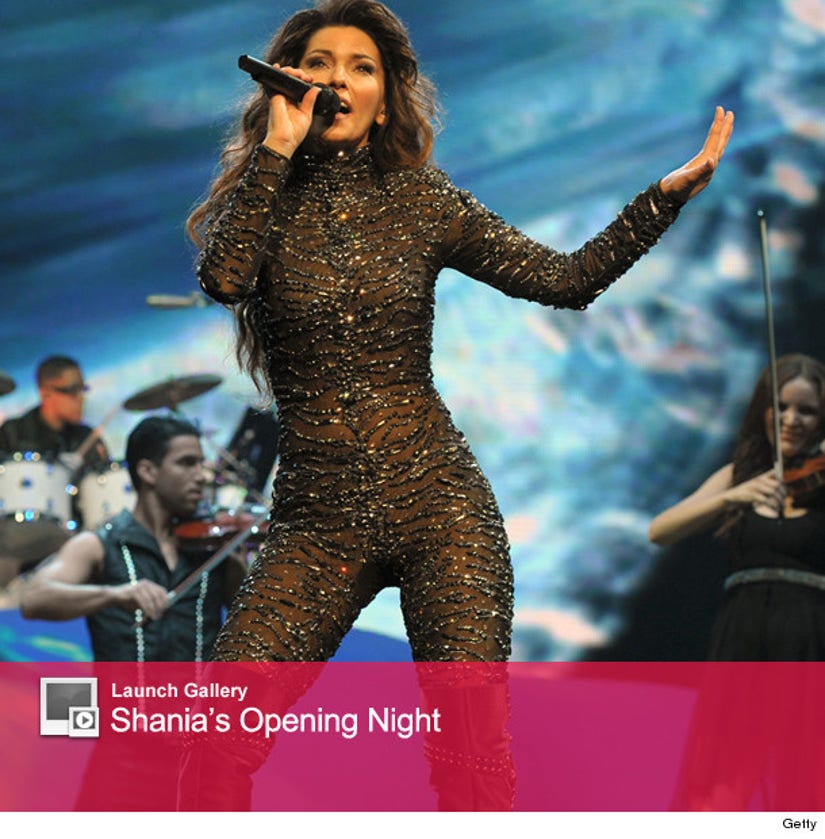 Shania Twain kicked off her stint at Caesars Palace last night -- and did it one very sexy ensemble.

The 47-year-old country superstar stunned on stage in a skin-tight, sequined black catsuit that showed off her incredible physique. She paired the look with some sexy knee-high leather boots.

“This is a very overwhelming night," she reportedly told the crowd during the show. "It's been a lot of years for me since I've been here."

And she's not exaggerating -- it's been eight years since she's performed in front of a live audience.

The singer lost the ability to sing when her marriage to Mutt Lange fell apart in 2008, after he had an affair with one of her close friends.

She suffered from something called "dysphonia" -- later telling Redbook "It's a constriction that's both psychological and emotional, and it literally does choke the muscles around the voice box."

"When my marriage broke down, I got so physically constricted that I couldn't get any volume out at all," she adds.

It's clear that she's over it now -- and the early reviews of last night's performance show nothing but praise.

Check out more pics from the show above.