SPOILER ALERT: The following contains spoilers from the mid-season finale of "The Walking Dead."

Sunday's mid-season of "The Walking Dead" was titled "Made to Suffer," and that's what fans will have to do until the AMC show comes back in February 2013 (barring the world ending in a few weeks).

Right off the bat viewers were introduced to a new band of survivors led by Tyrese (Chad Coleman), a major figure from the comic books. A giant but soft spoken man, Tyrese and his band make their way into the prison where Rick's (Andrew Lincoln) groups is holed up. In the comics, Tyrese becomes a major ally to Rick and a romantic interest to Michonne (Danai Gurira), but only time will tell.

Michonne seeks her vengeance against The Governor, and discovers he's been hiding his zombified daughter Penny. Both Michonne and The Governor show moments of compassion towards the young girl, but turn on each other when Michonne sticks her katana blade through Penny's mouth.

Not only does The Governor lose his daughter in the fight, but also an eye -- meaning he'll probably be sporting an eye patch soon, just like he does in the comics. 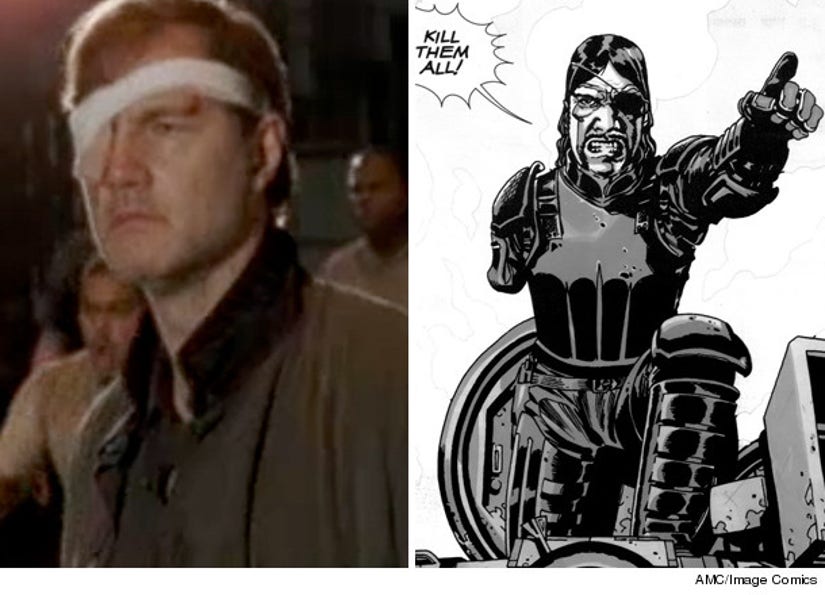 He'll surely exact his vengeance come the second half of the season, but he should consider himself lucky ... in the source material, Michonne also chops off his arm!

Daryl is finally reunited with his brother Merle (Michael Rooker), but Merle is accused of being a traitor and both are seemingly sentenced to death. Oh, Andrea (Laurie Holden) *finally* realizes Rick's group is still alive. Where her loyalties lie remain to be seen.

Check out what's coming up next year on "The Walking Dead."

AMC also posted a sneak peek clip from the beginning of the next episode, teasing the fate of Daryl and Merle Dixon.