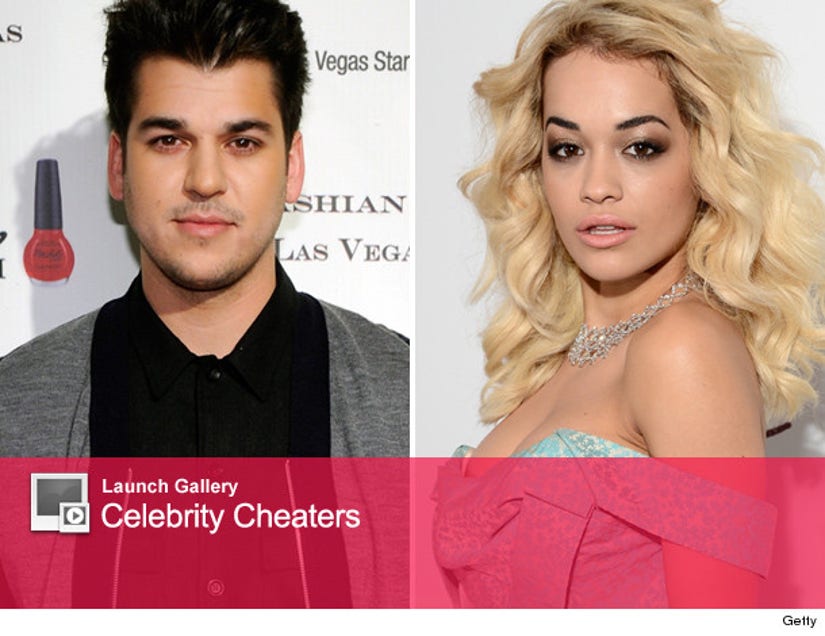 Everyone assumed the tweets -- in which he said his ex cheated on him with "nearly 20 dudes" -- were about Rita Ora, the singer he just split from.

But now he's saying that's not the case.

"Just so we clear I never once mentioned 'Rita Ora' in any of my tweets or even used the word "whore" and I never would. I Respect Women," Rob wrote today.

"Sad that the media created negativity for a young artist new to the game that is working so hard to make it," he added about Rita ... insinuating that she wasn't his intended target, the media just spun it that way.

So, was Rob talking about someone else ... or just trying to save face?

Of course we don't know for sure, but it seems odd he would post a random ex-girlfriend on the same day news that he and Rita had split was already making the rounds.

During his rant yesterday he also said his cheating ex was "busy trying to start her own career," a line that reads very similar to his "new to the game" comment today.

So far, Rita isn't commenting via Twitter -- though in an upcoming Glamour magazine interview, she does confirm she and Rob split.

"I'm not going out with Rob. We were close for a while, but it didn't work because I was never there," she says in the January 2013 issue.

What do you think is really going on here? Sound off below!