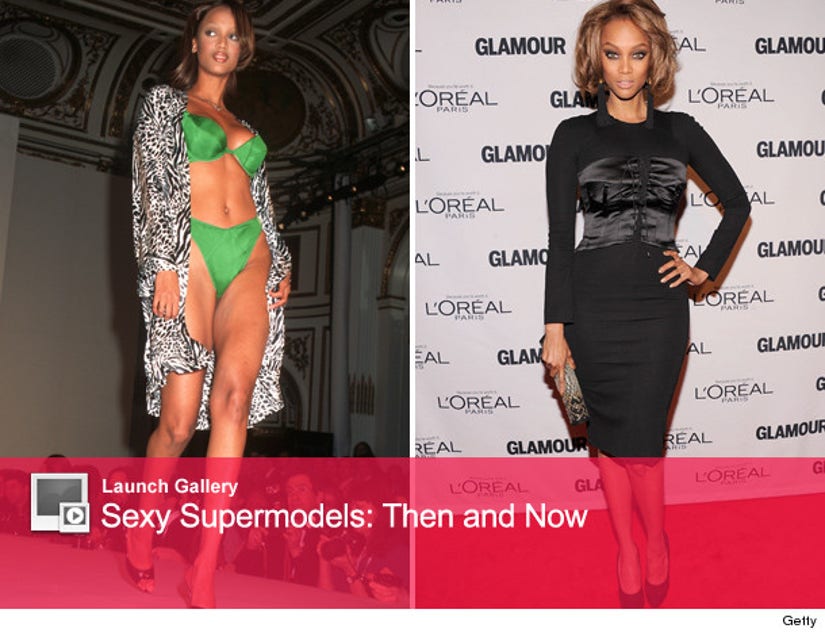 She was walking the runways of Paris when she was just 16, and was the first African American to land the covers of GQ, The Sports Illustrated Swimsuit Issue and the Victoria's Secret catalog.

In 2003, she created "America's Next Top Model," one of the longest running reality TV competitions. The show, which is entering its 20th season (with men!) has spawned international versions around the world hosted by the likes of Elle Macpherson (Britain), Heidi Klum (Germany), Joanna Krupa (Poland) and Irina Shayk (Russia).

Poor eating habits caused Tyra to come under fire. She reportedly lost 30 pounds in 2009 and today looks better than ever.

Have other supermodels from the '90s aged as gracefully? Check out our gallery above to see what they look like today!