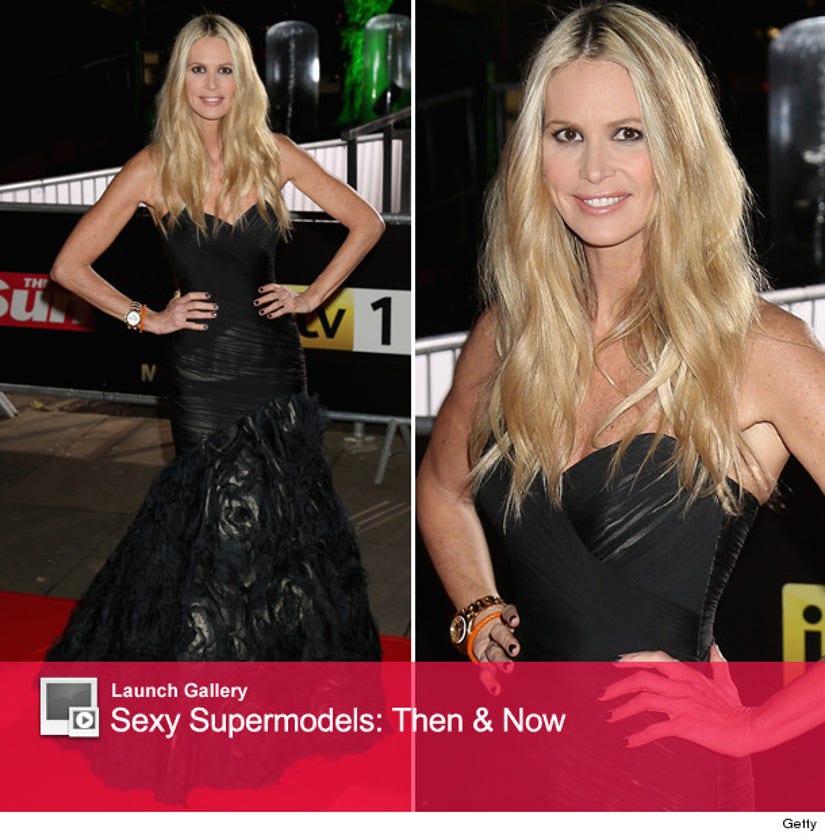 Elle Macpherson was known as "The Body" back in her modeling heyday, and she's still got it!

The 49-year-old (yes, 49!) hit the red carpet at the Sun Military Awards at Imperial War Museum in London, England on Thursday wearing a corseted gown that showed off her six foot frame!

The Australian beauty considers London her adopted home, and she hosts "Britain and Ireland's Next Top Model" -- the U.K. version of Tyra Banks' show.

Apparently, Elle is recently single, after reportedly splitting with banker Roger Jenkins. Her past beaus have included other multimillionaires Arpad Busson and Jeff Soffer, though she's a millionaire many times over herself.

Money AND fame AND age-defying beauty? Consider us jealous!

To see even how even more sexy supermodels have aged, click on the "Launch Gallery" above!