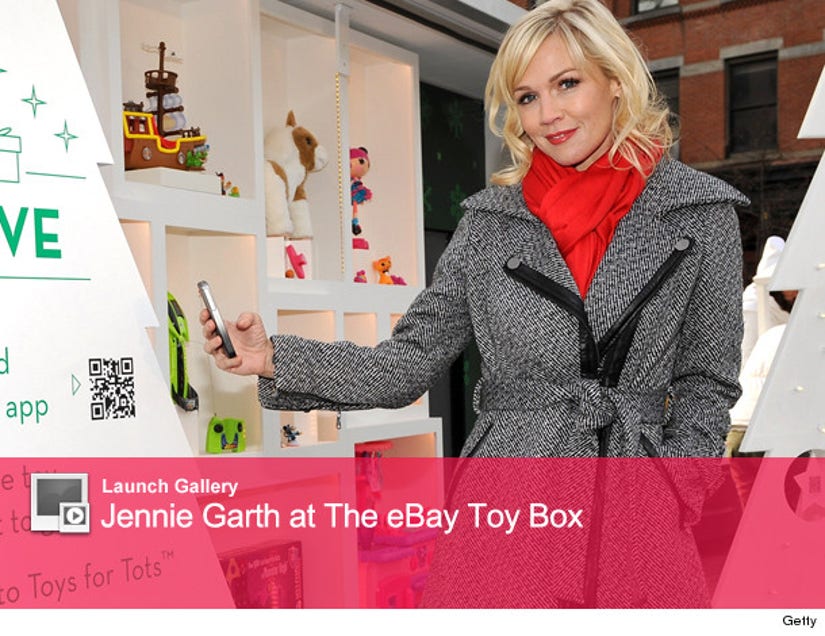 The holiday season is full of changes for Jennie Garth.

The actress/mom, who divorced Peter Facinelli earlier this year, tells toofab that she's "adjusting" to sharing time with their three daughters, but believes things are "going to be really great."

"I'm going to have the girls for Christmas Day. We're going to go on a little trip together," the "Beverly Hills 90210" star told toofab's Lawrence Yee. "Then they're going to spend some time with their dad and their New York family. We're adjusting. Thanksgiving [which the girls spent with Peter] went really well."

As her daughters get older, their taste in presents change, too. Clothes used to be Luca Bella, Lola Ray and Fiona Eve's least favorite gifts. "Now that they're a little older they want to look cute," Jenni joked. "Fashion is on their minds."

Gifts aren't the only splurge during Christmas. "I can't NOT eat the Christmas cookies that we make this year," Jennie says, noting sugar cookies are a family favorite. Despite her recent slim down, Jennie told us she's "definitely allowing myself to enjoy the holidays."

As for recent rumors linking her and former "Beverly Hills 90210" costar Luke Perry, Jennie explained their relationship. "I love Luke and we are so close. When you have someone you are that close to, you can be brutally honest."

Unfortunately, she hasn't been able to keep a close relationship with another ex-costar, Amanda Bynes. Jennie reached out to the troubled actress after her string of public meltdowns. "Numbers change over time, so I actually haven't been able to connect with her. The last time I saw her was at a charity fashion show in New York City. I loved seeing her then and I'd love to see her now."

Amanda told TMZ that she never received a call, so it sounds like Jennie doesn't have her new number.

Jennie is currently in New York promoting eBay's shopping mobile app. Shoppers can use their smartphones to donate a gift to Toys for Tots, or purchase must-have toys for all their kids on their list. eBay will match every Toys for Tots donation too. New Yorkers can also stop by the eBay Toy Box pop-up shop at 675 Hudson. To give online, click here.