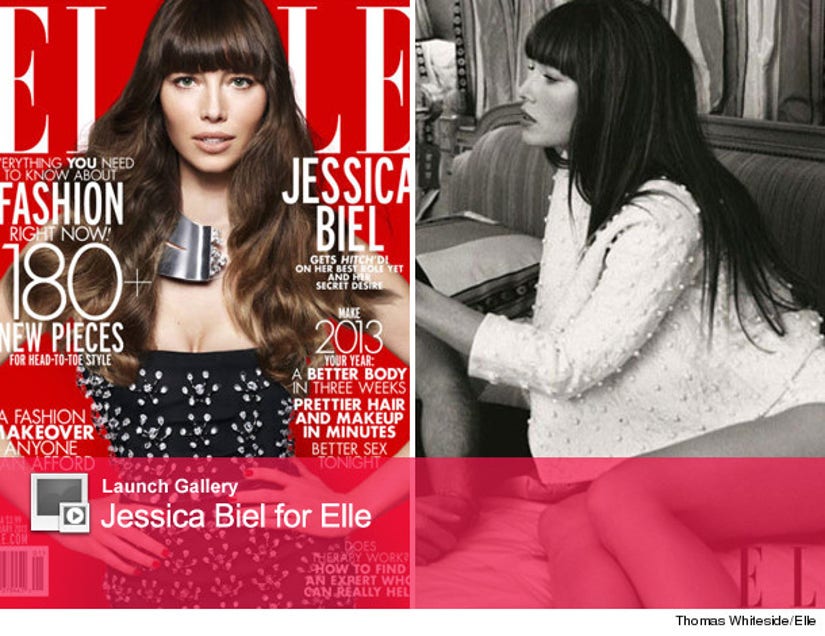 Jessica Biel spreads the January cover of Elle magazine where the "Hitchcock" star dishes details on the perks of being married and her pink wedding dress.

Biel tells the mag that she loves having someone to share adventures with ... and saying “I do” means a few different things to the actress.

“It means always having someone there to open the pickle jar … to share the ups and downs with, have adventures with. Someone to go swimming naked with. That kind of thing,” she says.

The brunette beauty also opens up about her wedding dress … and we have to say, Jessica's pink fluffy gown came as a bit of a shock considering her classic style.

“I wanted the dress to be very romantic and feminine and a shape that I very rarely wear. I have never been crazy about all-white wedding dresses, for me at least.”

“[Giambattista Valli] had created that same fabric in a fuchsia and pink combination for a dress in a previous collection, and I asked him if he could create that same pattern in a white combination, and he suggested pink.”

“It was a bit of a leap of faith at the time, but it turned out to be better than I could have ever imagined,” she tells Elle.

Sounds like a fairytale ending -- the perks of being rich, famous and beautiful. To read Jess' full interview pick up a copy of the January issue of Elle and check out her sexy shots from the shoot in the gallery above!