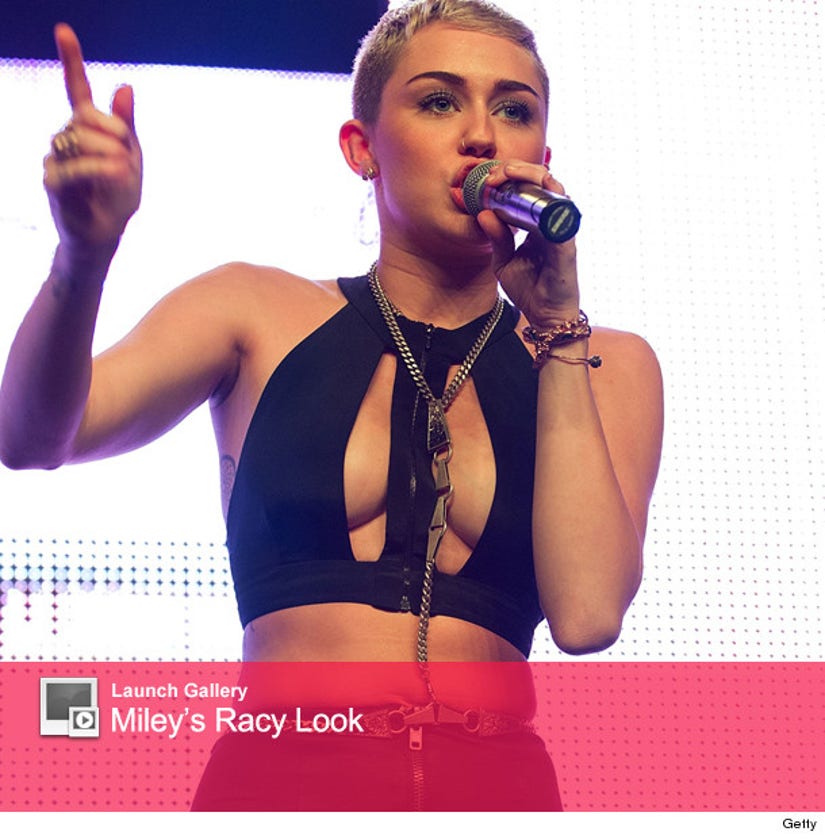 Whoa! Miley Cyrus has definitely changed up her look.

Long gone is the country cowgirl who made it big on "Hannah Montana" -- instead hitting the stage in Los Angeles last night in a very revealing halter top and sporting even shorter hair.

The 20-year-old stepped out in the racy outfit -- which drew attention to her cleavage -- while performing on stage during Borgore's concert at the Fonda Theater. Miley is featured on one of the DJ's songs and appeared in the music video.

Cyrus finished off her look with knee-high snakeskin boots and black leather pants ... and was even seen dancing with a stripper!

What do you think of her outfit? And did you think she would go even shorter with that hair? See more shots of her look above!