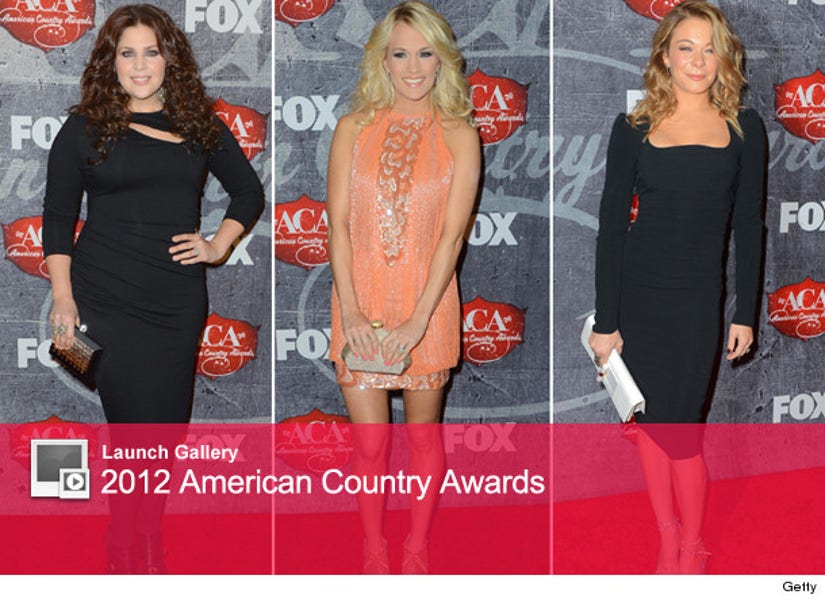 Lady Antebellum's Hillary Scott, who recently announced she's pregnant with her first child, showed off her changing curves in a form-fitting black dress.

LeAnn Rimes also chose the conservative color -- a smart move the day after an emotionally draining interview aired portraying her as someone who was sorry for her actions. Still, the svelte singer managed a smile as she arrived.

Carrie Underwood loves to razzle and dazzle. Opting for a tangerine mini, Carrie bucked the black trend. Some might think her dress looks a little chintzy, but that dubious honor belongs to Miranda Lambert.

See her dated look and the rest of the red carpet arrivals by clicking the "Launch Gallery" button above!