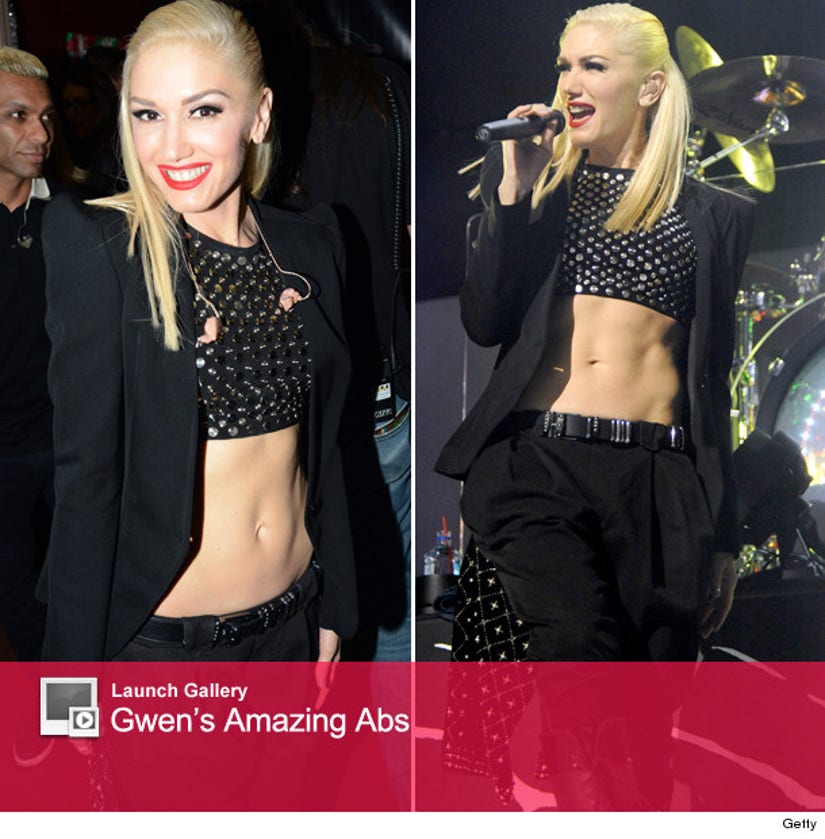 This is the body of someone who says she "kind of stopped working out."

After telling Marie Claire UK that she had cut back on her exercise routine, Gwen Stefani flaunted her stomach Sunday night at KROQ's Acoustic Christmas ... and it looked incredible.

Sporting a studded crop top, blazer and black pants, the 43-year-old looked amazing for any age as she rocked out with No Doubt on stage last night.

"This past year, I kind of stopped working out. I think my body just needed a break," she recently told Marie Claire. "And so I did that and focused more on feeling good as opposed to beating myself up."

"I was swimming upstream, trying to balance everything that's been going on with having kids and a family. There's no way to do all these things,” she added.

Do you believe her? That doesn't look like the physique of someone who doesn't work out on a daily basis to us!

Check out more impressive pics of her awesome abs above.

During Night 1 of the show, Gwen also hit the stage to duet with her husband, Bush frontman Gavin Rossdale, during his band's set.

It was the first time in 10 years they'd performed together publicly, singing "Glycerine" together and ending the song with a smooch.

Fun fact: They met at the KROQ show almost 17 years ago.