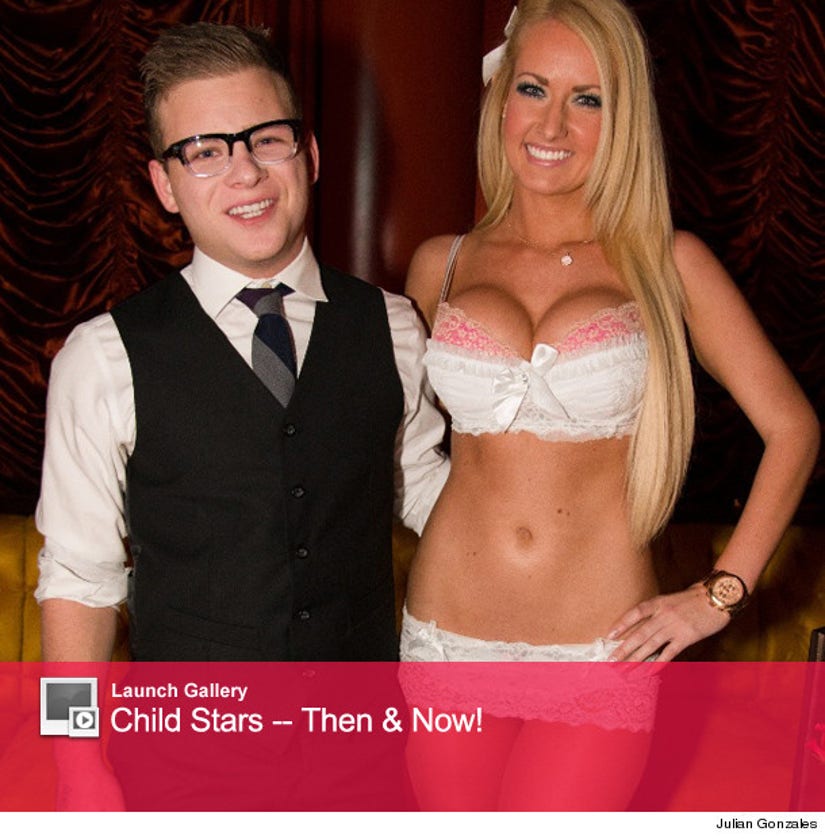 Jonathan Lipnicki, who stole the 1996 flick from costars Tom Cruise and Renee Zellweger, celebrated his 22nd birthday this weekend -- and did it by partying it up in Las Vegas!

Looking dapper in a vest and tie, Jonathan was spotted partying at Surrender Nightclub at Encore Las Vegas on Friday night.

We're told he had a table right on the dance floor and was seen drinking Kettle One on the rocks, before posing with one of the club's sexy and scantily-clad cocktail waitresses.

Hard to believe the it's been 16 years since "Jerry Maguire" was released, right?

And while he's known these days for his surprisingly buff body, Lipnicki is still acting. His latest movie, "Edge of Salvation," premiered in Hollywood last week and he has a series called "MotherLover" in the works.