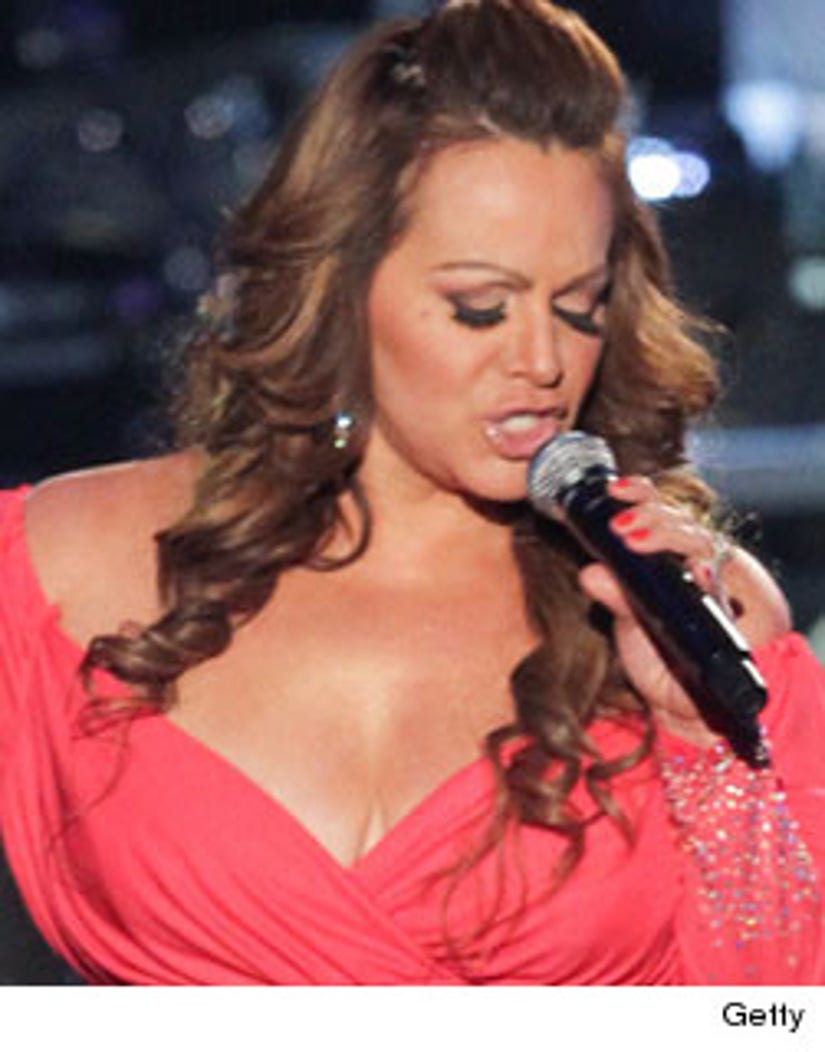 MEXICO CITY (AP) -- Jenni Rivera, the California-born singer who rose through personal adversity to become a superstar adored by millions in a male-dominated genre of Mexican-American music, was confirmed dead in a plane crash in northern Mexico, the National Transportation Safety Board confirmed Monday.

Rivera, 43, began her career working in the office of her father's small Mexican music label in Long Beach, California. Gifted with a powerful, soulful voice, she recorded her first album, "Chacalosa," in 1995. It was a hit, and she followed it with two other independent albums, one a tribute to slain Mexican-American singer Selena that helped expand her following.

By the end of the 90s, she won a major-label contract, and built a loyal following on both sides of the U.S.-Mexican border.

A mother of five children and grandmother of two, the woman known as the "Diva de la Banda" was known for frank talk about her struggles to give a good life to her children despite a series of setbacks.

She was recently divorced from her third husband, was once detained at a Mexico City airport with tens of thousands of dollars in cash, and she publicly apologized after her brother assaulted a drunken fan who verbally attacked her in 2011.

Her openness about her personal troubles endeared her to millions in the U.S. and Mexico.

"I am the same as the public, as my fans," she told The Associated Press in an interview last March.

Rivera had been widely presumed dead since the wreckage of her plane, also carrying six friends and colleagues, was found Sunday.

The NTSB is sending a team to assist Mexican authorities with the investigation. NTSB spokesman Keith Holloway says Mexican aviation authorities had confirmed Rivera's death to the NTSB.

Her parents were Mexicans who had migrated to the United States. Two of her five brothers, Lupillo and Juan Rivera, are also well-known singers of grupero music.

She studied business administration and formally debuted on the music scene in 1995 with the release of her album "Chacalosa." Due to its success, she recorded two more independent albums, "We Are Rivera" and "Farewell to Selena."

At the end of the 1990s, Rivera was signed by Sony Music and released two more albums. Widespread success came when she joined Fonovisa and released her 2005 album titled "Partier, Rebellious and Daring."

She was also an actress, appearing in the indie film Filly Brown, which was shown at the Sundance Film Festival, as the incarcerated mother of Filly Brown.

She was filming the third season of "I love Jenni," which followed her as she shared special moments with her children and as she toured through Mexico and the United States. She also has the reality shows: "Jenni Rivera Presents: Chiquis and Raq-C" and her daughter's "Chiquis 'n Control."

In 2009, she was detained at the Mexico City airport when she declared $20,000 in cash but was really carrying $52,167. She was taken into custody. She said it was an innocent mistake and authorities gave her the benefit of the doubt and released her.

In 2011, her brother Juan assaulted a drunken fan at a popular fair in Guanajuato. In the face of heavy criticism among her fans and on social networks, Rivera publicly apologized for the incident during a concert in Mexico City, telling her fans: "Thank you for accepting me as I am, with my virtues and defects."

On Saturday night, Rivera had given a concert before thousands of fans in Monterrey. After the concert she gave a press conference during which she spoke of her emotional state following her recent divorce from former Major League Baseball pitcher Esteban Loaiza, who played for teams including the New York Yankees and Los Angeles Dodgers.

Rivera had announced in October that she was divorcing Loaiza after two years of marriage.