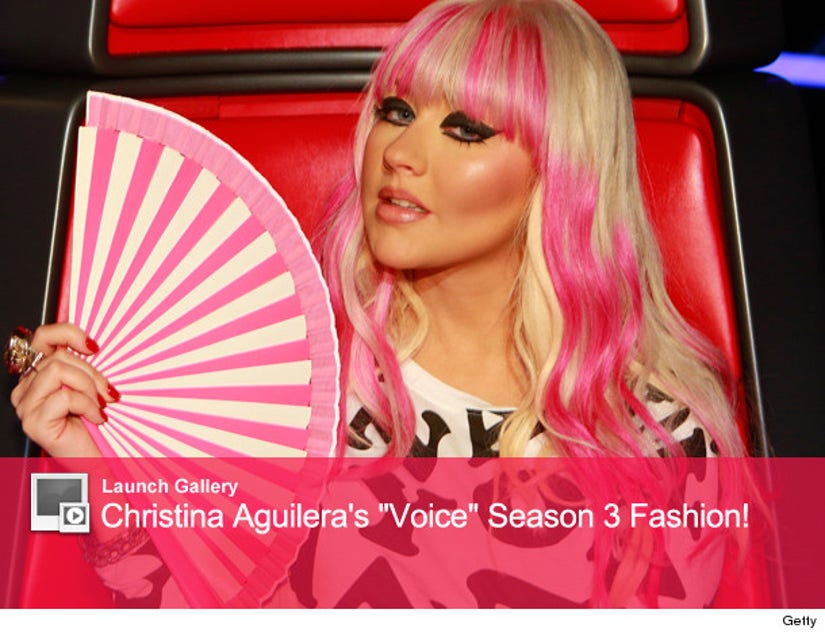 Last night, things got crazy on "The Voice" ... and it wasn't just the eliminations! Christina Aguilera sported her worst look to date on the singing series.

We're not sure what's going on with Xtina's style these days … but her looks have seemed to get progressively worse throughout Season 3.

Aside from the coach's bizarre appearance, it was a crazy night as one of the competition's fan favorites, Trevin Hunte, was sent home by the audience.

That leaves Coach Blake Shelton in the lead with two remaining singers on his team, Cassadee Pope and Terry McDermott.

Coach Cee Lo Green is hanging in there with one contestant, Nicholas David, for next week's season finale.

Check out all of Christina's Season 3 looks in the gallery above, and sound off below on who you think should be the next “Voice!”