Country music's golden girl, Taylor Swift, turns 23 years old today – and what a year it's been for the blonde beauty!

Swift released her latest album "RED" in October which sold 1.2 million copies in just the first week. The singer wrote 9 of the album's 16 songs alone -- and the remaining seven she co-wrote!

Unlike most of her fellow pop stars, the "We Are Never Ever Getting Back Together" singer can write, carry a tune and play instruments! Now that makes us say "Oh my gosh!" 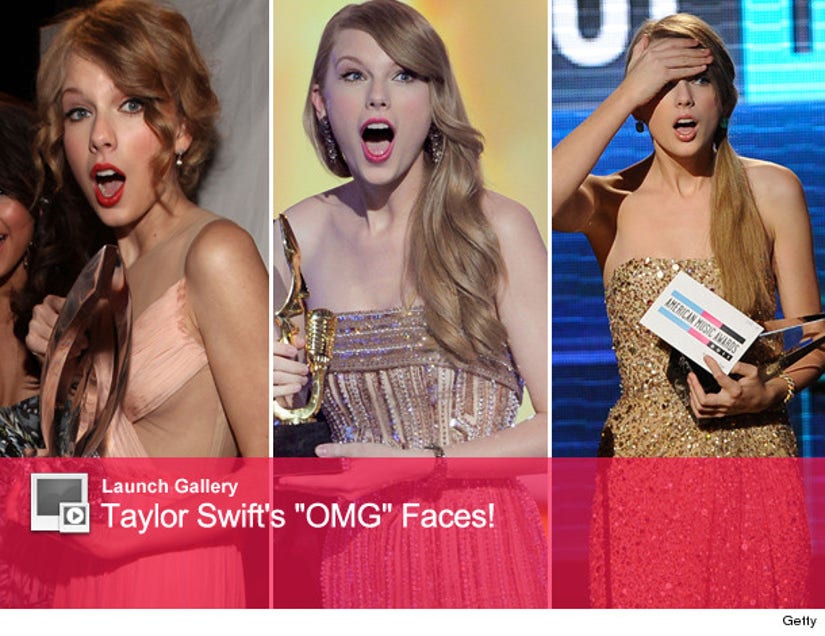 She's already the proud recipient of six Grammy Awards, in addition to being the youngest star to ever win one for "Album of the Year" -- and the Pennsylvania native has already received another three nominations for the 2013 Grammys!

Think she'll be just as surprised if she wins? We won't!

But if her rumored One Direction beau, Harry Styles, throws her a surprise party we're sure her jaw will definitely drop in shock. But, that's what makes Taylor so special -- literally everything surprises her!