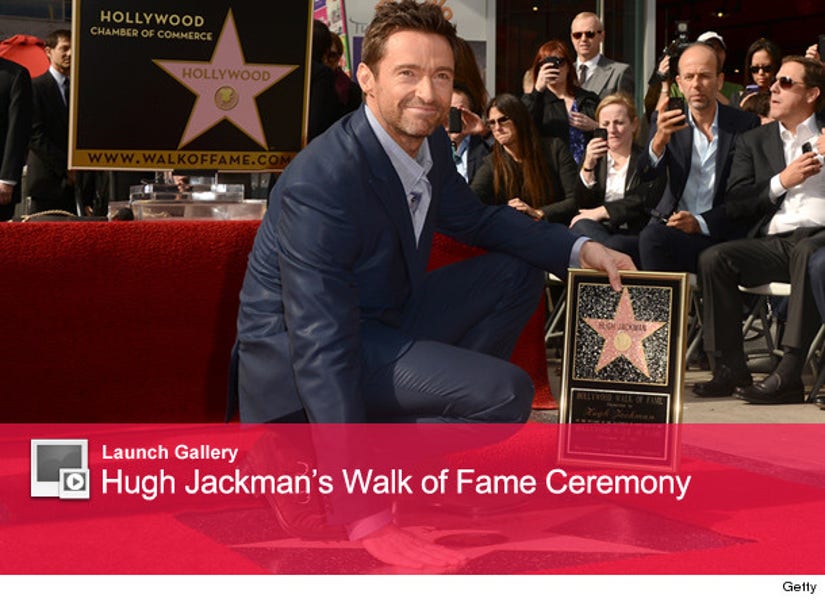 Hugh Jackman is having a good day.

The actor, who received a Golden Globe nomination for his role as Jean Valjean in "Les Miserables," was also honored with a star on Hollywood's infamous Walk of Fame Thursday.

His costars Amanda Seyfried and Anne Hathaway were on hand to celebrate the momentous occasion. In the wake of Hathaway's wardrobe malfunction earlier this week, the actress sported a much more conservative knee-length skirt to the event. No chance of a pantyless exposure this time.

In other news, a new poster of Jackman as X-Men hero Wolverine was released today. The ripped actor can be seen kneeling shirtless (but not swordless) in a rainstorm on what looks to be a ancient rooftop in Tokyo.

Jackman and his "The Wolverine" director James Mangold have said the film, which opens July 26, 2013, will take place in a time long after its predecessor, "X-Men: The Last Stand." 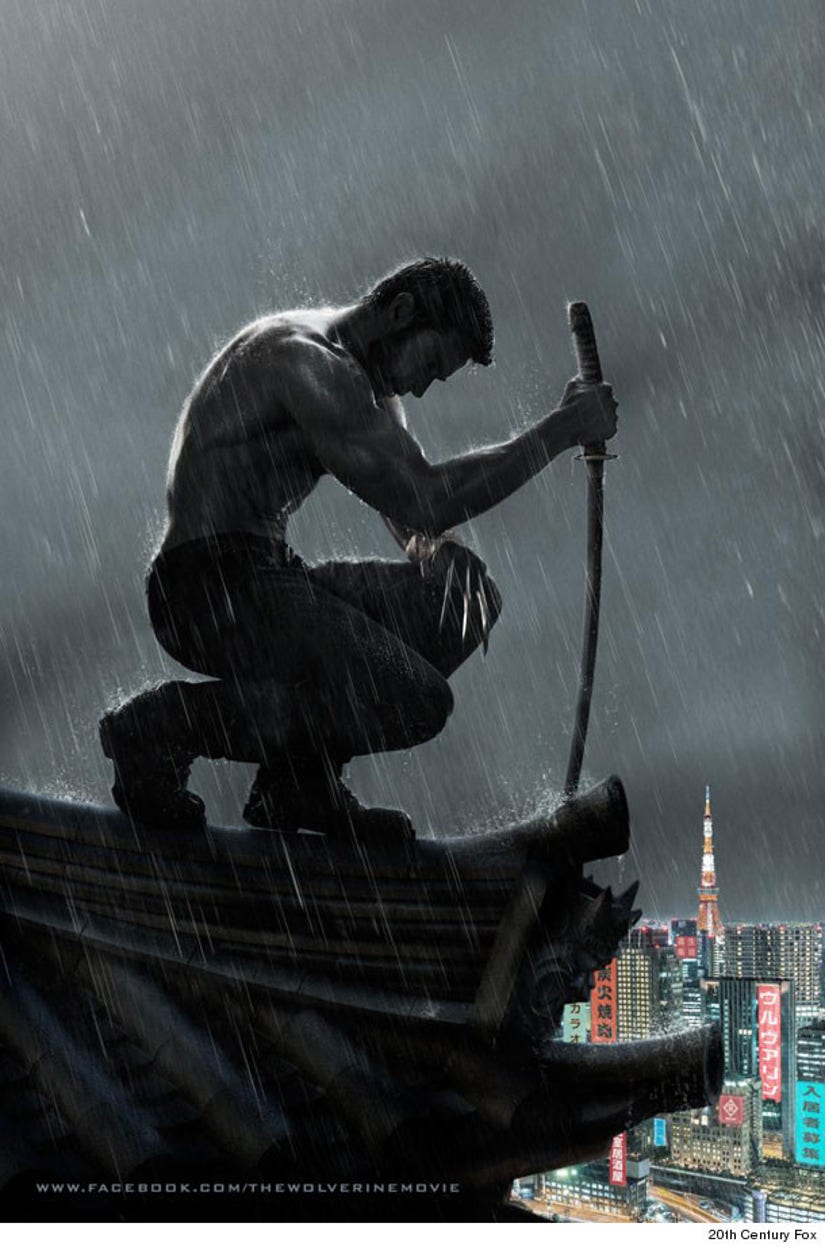