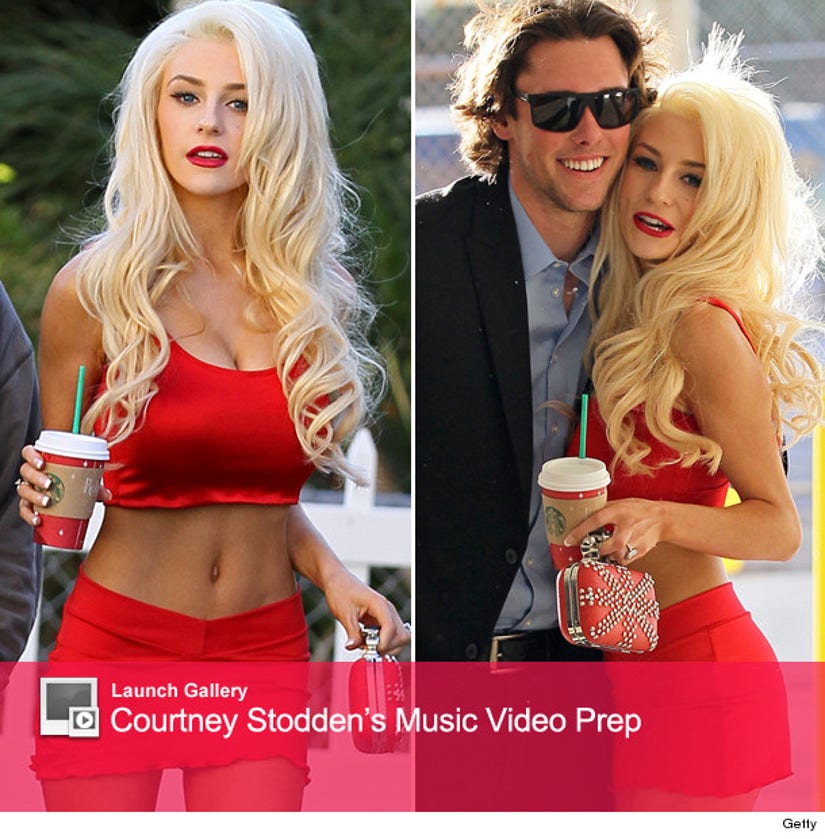 Teen bride Courtney Stodden has found herself a much younger man ... but she's not leaving her 52-year-old husband just yet.

Showing off her physique in a revealing, red, belly-baring outfit, the 18-year-old Internet sensation/reality star was seen heading into a recording studio in Los Angeles.

She's currently prepping her new music video for her single "Reality" -- and the man in the photo above is her just-announced costar.

Her love interest will be played by Nick Uzarski, who is definitely a lot younger than Doug Hutchison. According to his official bio, Nick graduated high school in 2010 ... meaning he's about 20.

While the two look pretty close above, Doug and Courtney's mom were on hand to supervise.

Check out more photos above, plus click through to see some of Courtney's craziest looks.