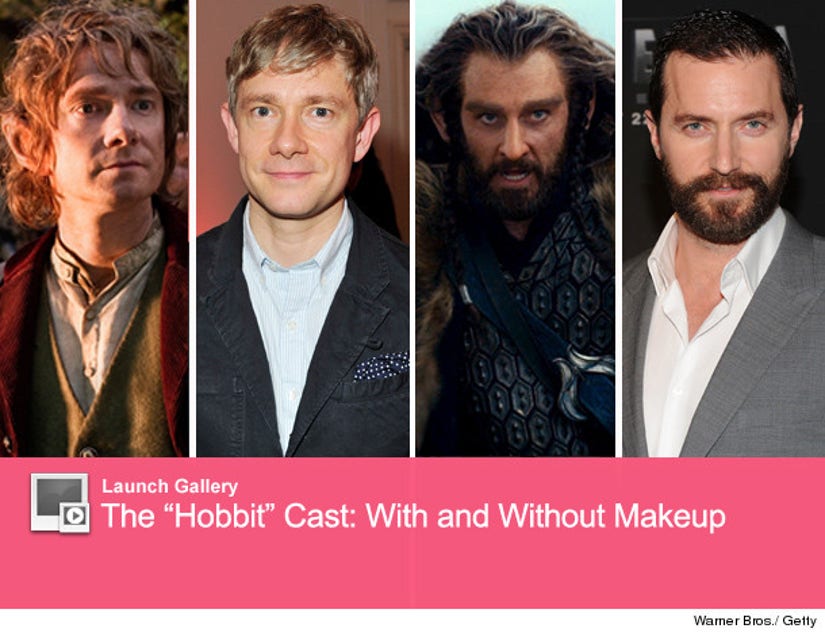 One of the most anticipated films of this holiday season, "The Hobbit: An Unexpected Journey," finally hit theaters this weekend!

The first of three movies based on the J.R.R. Tolkien novel "The Hobbit" -- which was a prequel to "The Lord of the Rings" trilogy -- follows young BIlbo Baggins (Martin Freeman) as he leads a band of 13 dwarves on a quest to reclaim their kingdom and lost treasure within Lonely Mountain.

Hobbits, dwarves, wizards, elves and well, Gollum, populate this world, with many of the actors barely recognizable after hours of makeup and/or computer-generated effects.

So how much resemblance is there between the cast members and their onscreen counterparts? We did a little research and we gotta say ... some of those hairy, surly dwarves clean up real nice!

Click "Launch Gallery" above to see the stars of "The Hobbit" with and without their Middle Earth makeup!