Ashley Hebert and J.P. Rosenbaum met on TV, so it's only right that they got married on TV too, right?

"The Bachelorette: Ashley & J.P.'s Wedding" aired Sunday night on ABC, giving the show's fans an inside look at the couple's over-the-top wedding, the second televised nuptials for the long-running show.

The two tied the knot on December 1 in Pasadena, California in front of show alums like Trista and Ryan Sutter, Emily Maynard, Ali Fedotowsky and Michelle Money.

The ceremony was officiated by "Bachelor" and "Bachelorette" host Chris Harrison.

Singer Matt White performed "Love" for the couple's first dance ... and sang new single "Love & Affection" for the cake cutting. Check him out on iTunes here.

And while most of the two-hour special was built up for the cameras, J.P.'s wedding vows really seemed to come from the heart ... as Ashley's groom kept choking up while reciting them to his bride.

Check out his vows above.

The two are the second couple from the show to be married on television. Trista and Ryan tied the knot back in 2003 ... and are still together.

See how the rest of the winning "Bachelor" and "Bachelorette" couples fared after their seasons ended below: 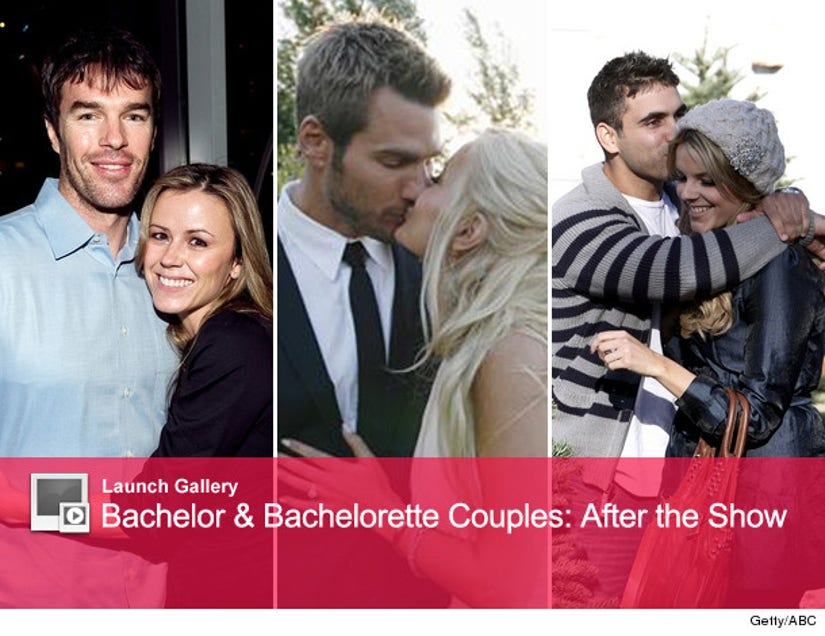