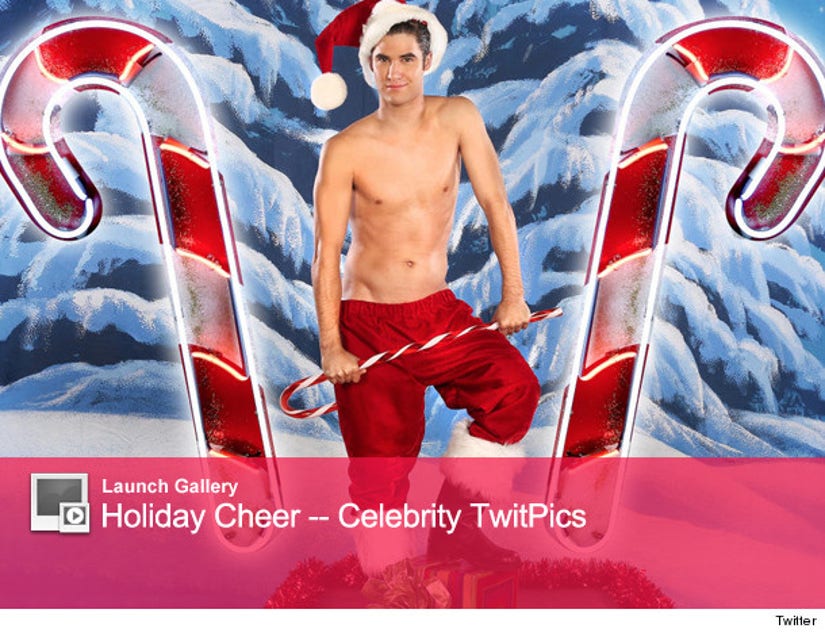 Darren Criss is naughty and nice!

Following in the half-naked footsteps of his "Glee" costar Naya Rivera, Darren strips down in a brand new photo from the set of the FOX show.

Sporting the bottom half of a Santa suit, a hat and a smile, Criss poses atop a present in a new Twitter photo from show creator Ryan Murphy.

"Merry Christmas. Men of McKinley calendar coming soon," he posted along with the photo ... leaving fans hanging for more details on where and when they can pick up their own copy.

And Darren's not the only one who's stripping down.

In another pic from Murphy's Twitter, newcomer Blake Jenner is seen representing July -- fireworks and all! 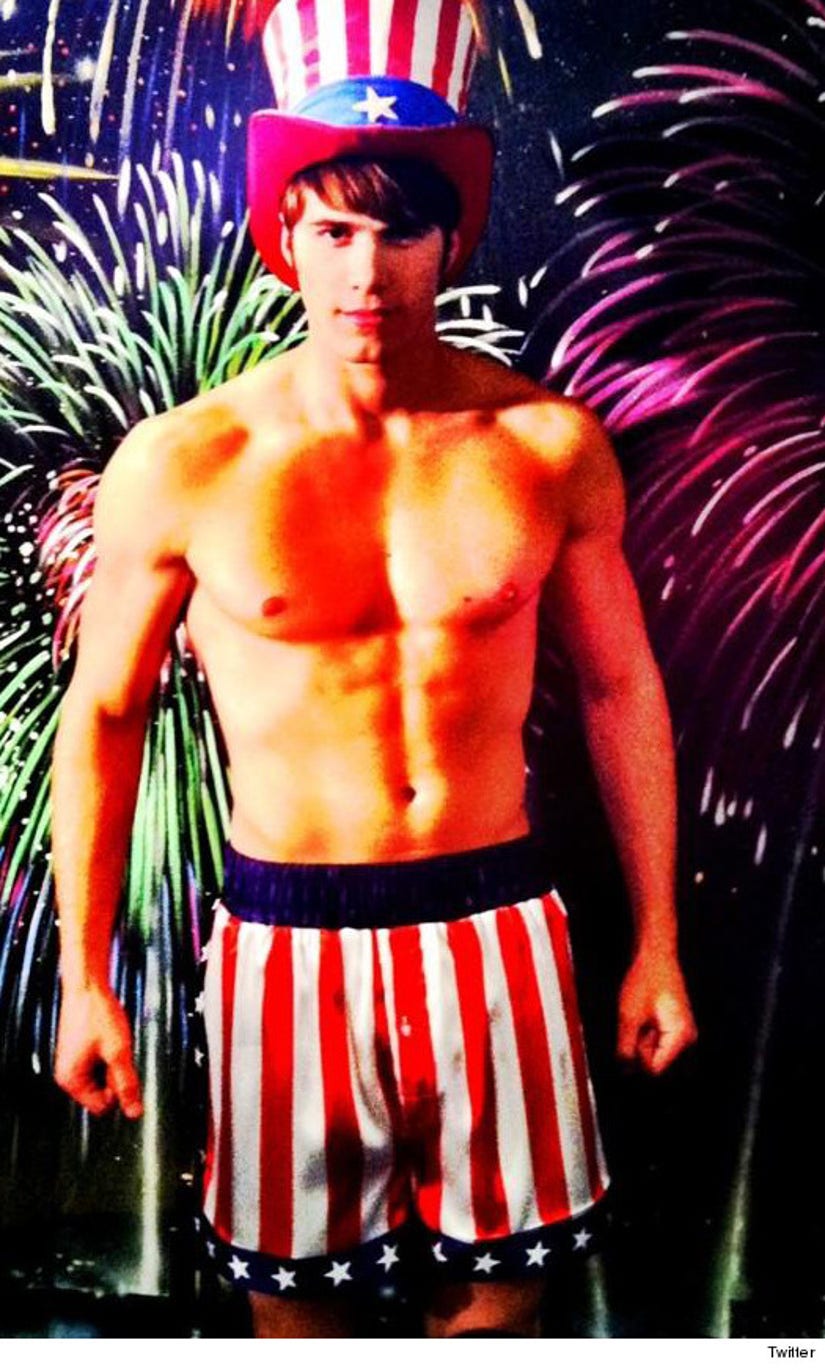 Check out the gallery above to see Naya's steamy shot, plus more holiday-themed celeb TwitPics!