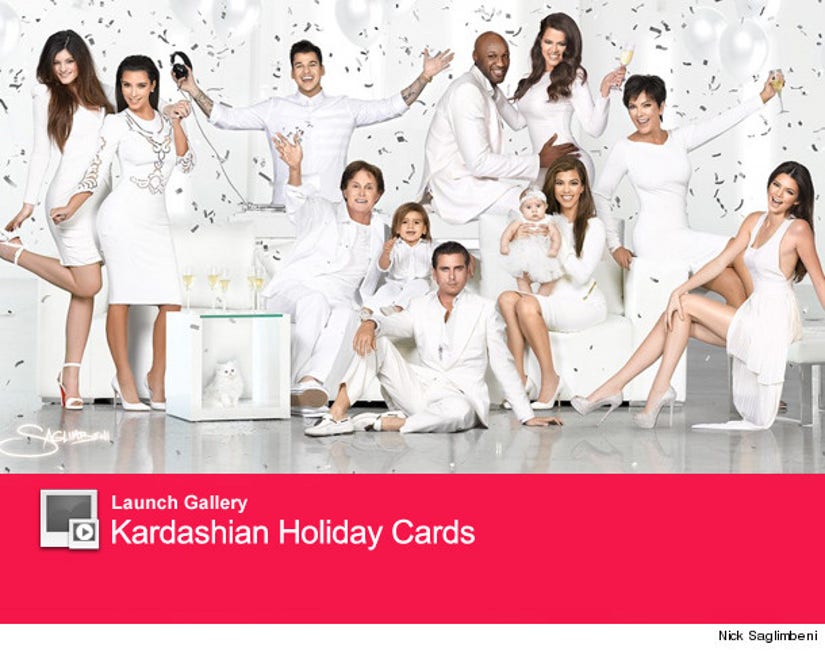 The release of the Kardashian Christmas Card has become an annual event -- but this year, someone's missing.

Though the two have been dating since April, the rapper was MIA from this year's photo, which included Kourtney and Khloe's significant others Scott Disick and Lamar Odom.

Maybe she just didn't want to jinx it?

The pic, shot by Nick Saglimbeni, clearly has a "White Party" theme this year ... and marks the first card appearance for Kourney's little girl, Penelope.

Also included in the festivities is Mercy, Kim's teacup Persian kitten who died earlier this month.

What do you think about the card? See how it stacks up to years past in the gallery above!