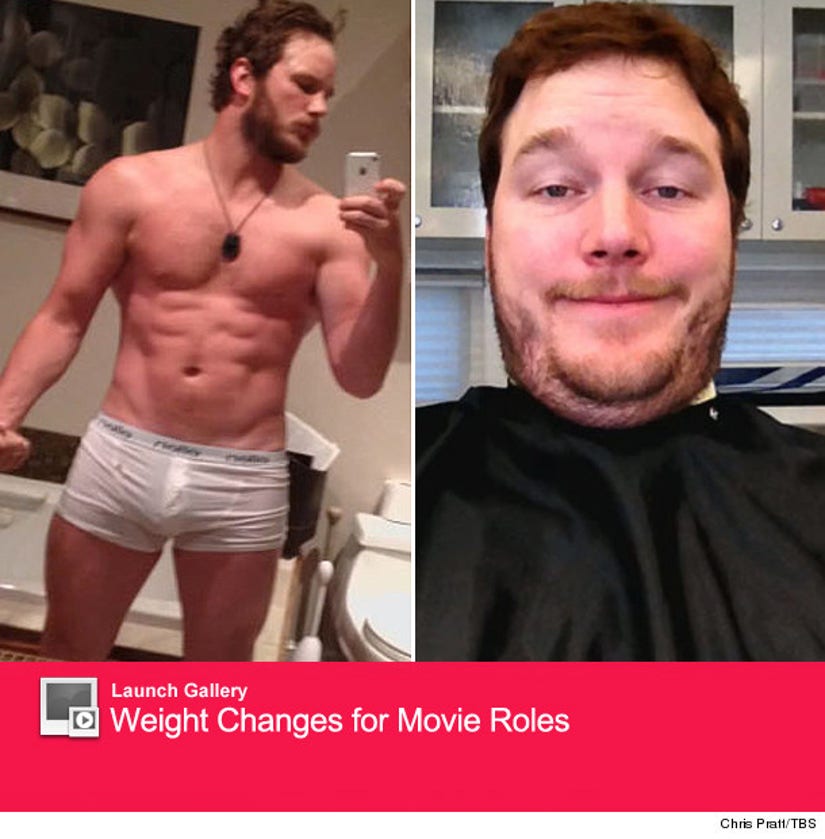 Chris Pratt is known for being the "soft" Andy Dwyer on "Parks and Recreation" -- but for his role in "Zero Dark Thirty," he got a seriously hard body to play a member of Seal Team Six.

The actor explained two major weight changes he had to go through before and after the movie last night on "Conan," where he also showed off some shocking photos.

"I don't know if you can tell from the angle right now, but I'm kinda like a fat ass," he explained of his current physique. "I have a little extra belly going on."

"I had about 5-6 months and I really busted my ass to get in shape" Pratt says of the Guys with iPhones-like pic above (left), which shows his incredible six pack.

But the transformation wasn't over when "Zero Dark Thirty" wrapped -- he then had to gain weight for another movie.

The actor immediately packed on 60 lbs, as you can see in the other photo above (right).

"Usually before and after pictures arent shown like that," Pratt joked of his appearance.

Check out the gallery above to see more stars who have lost or gained weight for a movie role, plus see Pratt's appearance on "Conan" below: