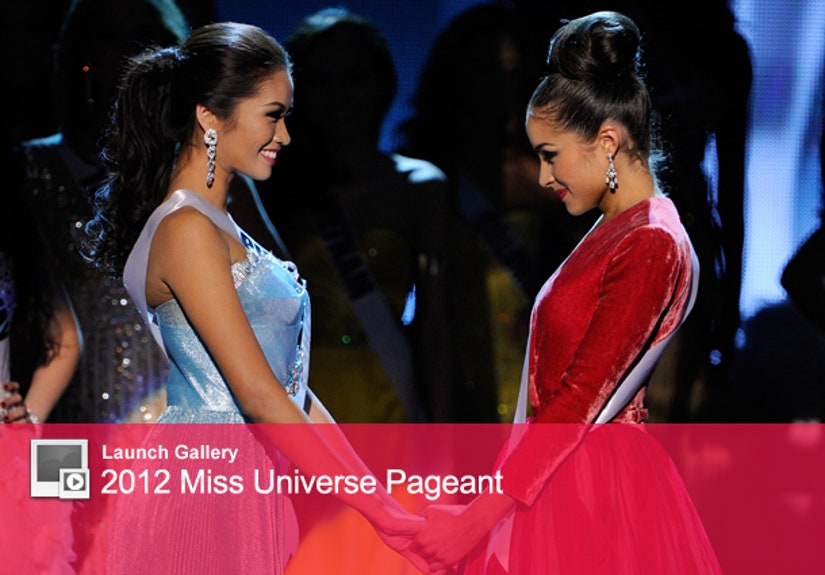 LAS VEGAS (AP) - A 20-year-old Boston University sophomore and a self-described "cellist-nerd" brought the Miss Universe crown back to the United States for the first time in more than a decade when she won the televised contest Wednesday.

Olivia Culpo beat out 88 other beauty queens from six continents at the Planet Hollywood casino on the Las Vegas Strip to take the title from outgoing champion Leila Lopes of Angola.

Culpo wore a tight navy blue mini-dress with a sequined bodice as she walked on stage for the competition's opening number. Later in the night, she strutted in a purple and blue bikini, and donned a wintery red velvet gown with a plunging neckline.

Culpo's coronation ends a long losing spell for the U.S. in the competition co-owned by Donald Trump and NBC. An American had not won the Miss Universe title since Brook Lee won in 1997.

No one seemed more surprised than Culpo's family, who "looked at her like she had three heads" when told them she was entering the Miss Rhode Island contest last year, her father Peter recalled.

"We didn't know a thing about pageants," he said.

She won that contest in a rented $20 dress with a hole in it and then began working out, dieting, and studying current events on flashcards to compete for the Miss USA crown.

Culpo was good enough during preliminary Miss Universe contests to be chosen as one of 16 semifinalists who moved on to compete in the main show. Her bid lasted through swimsuit, evening wear, and interview competitions that saw cuts after each round.

She won over the judges even after tripping slightly during the evening gown competition. Telecasters pointed it out but also noted her poised recovery.

Moments before she won, Culpo was asked whether she had she had ever done something she regretted.

"I'd like to start off by saying that every experience no matter what it is, good or bad, you'll learn from it. That's just life," she said. "But something I've done I've regretted is probably picking on my siblings growing up, because you appreciate them so much more as you grow older."

One of those siblings, 17-year-old Gus, was cheering from the front row with his sister's glittering Miss Rhode Island sash wrapped around his shoulders

Miss Philippines, Janine Tugonon, came in second, while Miss Venezuela, Irene Sofia Esser Quintero, placed third. All the contestants spent the past two weeks in Sin City, where they posed in hardhats at a hotel groundbreaking, took a painting lesson, and pranked hotel guests by hiding in their rooms.

After the show, Culpo appeared wearing a white gold crown atop her long brown hair and told a group of reporters she hoped to bring the country some good news in the wake of the deadly school shooting in Connecticut.

"It's such an honor to be representing the USA in an international beauty contest in spite of all the tragedy that's happened in this country lately," she said. "I really hope that this this will raise everybody's spirits a little."

The daughter of two professional musicians, Culpo grew up in Cranston and spent her summers at band camp. She has played the cello alongside world-renowned classical musician Yo-Yo Ma, and followed in her parents' footsteps with performances at Carnegie Hall in New York City.

Her father called her the "nerdiest" of her siblings, and her brother recalled that she was "really chubby and sort of weird when she was younger."

They speculated that the same single-mindedness that helped her master the cello in second grade propelled her rapid rise through the beauty pageant ranks.

The Miss Universe pageant was back in Las Vegas this year after being held in Sao Paulo in 2011. It aired live on NBC and was streamed to more than 100 countries.

Asked on the red carpet whether he found playing in the World Series or judging the beauty pageant to be more difficult, Sandoval said both were hard.

As Miss Universe, Culpo will receive an undisclosed salary, a wardrobe fit for a queen, a limitless supply of beauty products, and a luxury apartment in New York City.