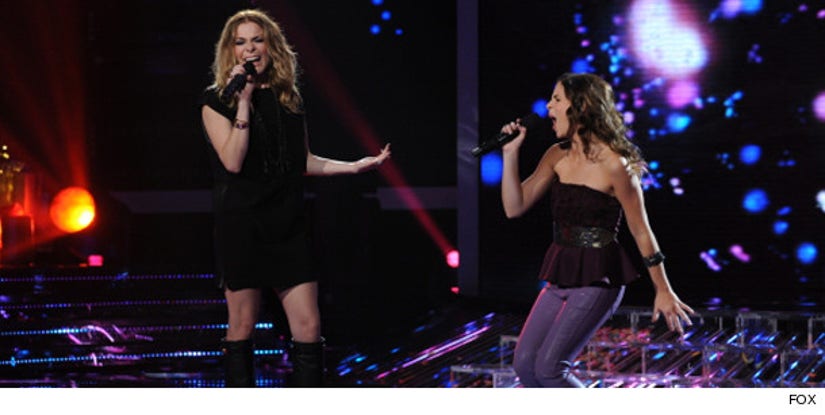 LeAnn Rimes hit the stage on "The X Factor" last night ... and some viewers thought she appeared a little off.

LeAnn and finalist Carly Rose Sonenclar sang a duet to LeAnn's 1998 hit "How Do I Live." LeAnn had a slight misstep walking down the stairs and wobbled a few times on stage.

To be fair, LeAnn was singing in front of a huge live audience, with a duet partner, and wearing heels. Several Twitter users posted that she appeared to be drunk. Watch and judge for yourself:

Earlier this week, LeAnn seemed more subdued on "The Tonight Show With Jay Leno." Of course, she performed in front of a smaller audience and was singing a ballad.