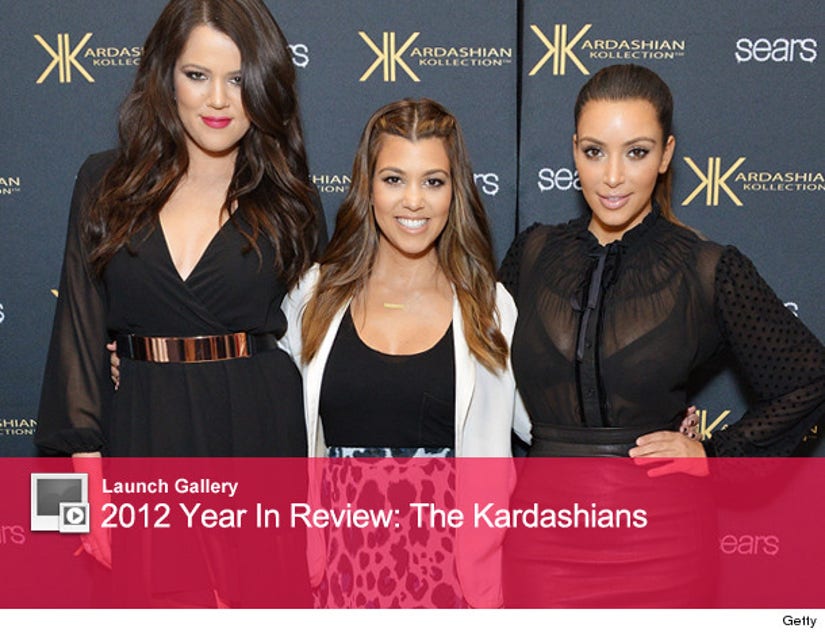 As expected, the Kardashians continued their world domination in 2012. Will there ever be a year when this family won't have their well-manicured hands in everything?!

To no one's surprise, Kim Kardashian received the most attention by starting up a relationship with rapper Kanye West, even though her divorce from Kris Humphries is still not finalized.

Kourtney and long-time love Scott Disick welcomed their second child, daughter Penelope, whose name shocked everyone (again!) by not starting with the infamous Kardashian “K.”

Khloe was excited when her husband Lamar Odom was drafted to the Los Angeles Clippers, which came just in time for her to sign on to co-host the "The X Factor" with Mario Lopez.

Mom-ager Kris Jenner, half-sisters Kendall and Kylie Jenner, brother Rob, and even stepdad Bruce Jenner all shared time in the spotlight this year as well ... would you expect anything else?

Click “Launch Gallery” above to relive all of the Kardashian Kraziness of 2012, and vote below on what you think will happen with the famous fam in 2013!