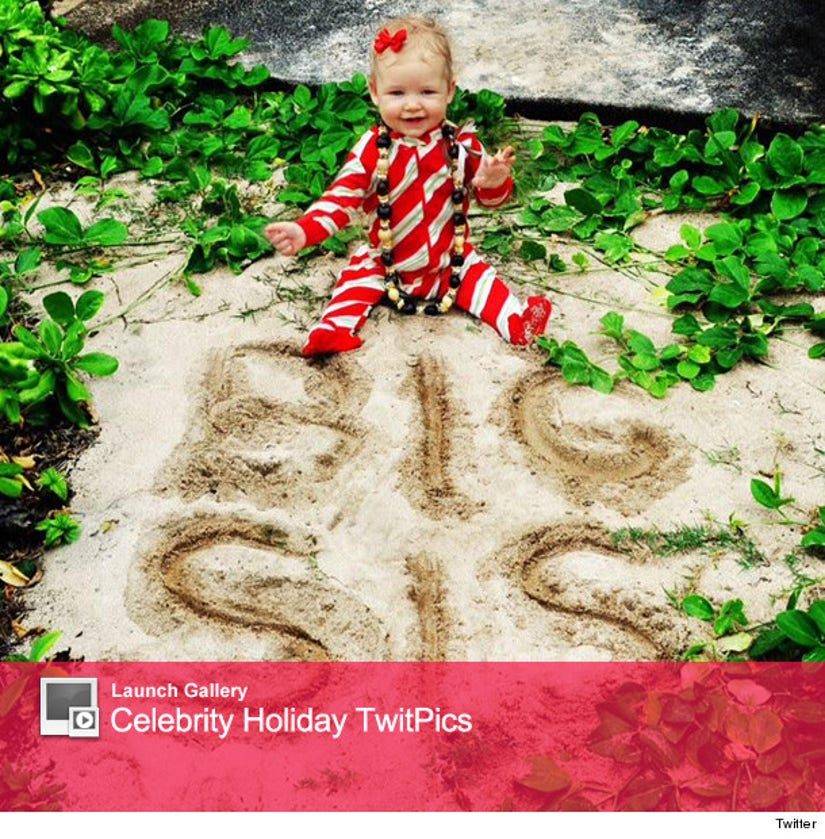 Though she was rumored to be expecting baby #2 with fiance Eric Johnson, the pop star finally confirmed the news herself this morning ... by sharing an adorable pic on Twitter.

The photo shows little Maxwell sitting in the sand above the words "BIG SIS." No word yet on whether Max will have a little brother or sister.

Jessica pulled a similar stunt when she was pregnant the first time, sharing the news on Halloween with a photo of her holding her belly while dressed up as a mummy. Get it?

The baby news is sure to throw a wrench into her Weight Watchers deal -- but maybe they'll sign her on to drop the weight again after the second pregnancy. She lost 60 pounds the first time around.

Jessica isn't the only one sharing some cute family photos over the holidays -- check out the gallery above to see Snooki & Jionni celebrating Christmas and find out which star has one of the infamous "Christmas Story" leg lamps!