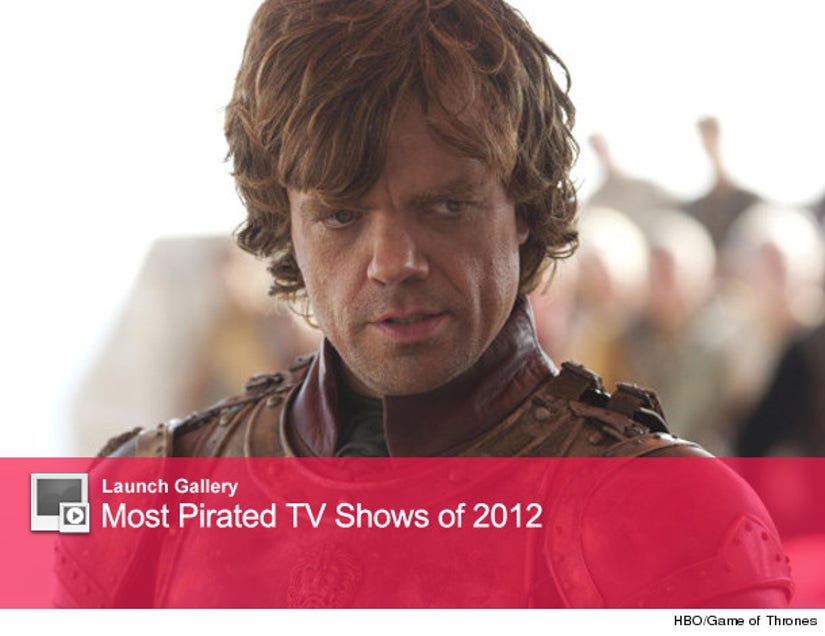 "Game of Thrones" takes another title this year ... and this one is not in the hit TV show's favor.

The HBO series is reportedly the most pirated TV show of 2012!

According to TorrentFreak.com, the top "Game of Thrones" episode was illegally downloaded nearly 4,280,000 times, beating last year's winner, "Dexter," for the most pirated show of the year.

On average, most pirated TV shows take place outside of the U.S. (roughly 80%) because folks in other countries lack the same access and availability to their favorite shows compared to those in the U.S.

Most of the "Game of Thrones" downloads took place in Australia, where fans have to wait a week longer than those in the states to see the latest episode!

See which other programs (the majority on cable) round out the top 10 most pirated TV shows by clicking the "Launch Gallery" button above.

Plus, get a sneak peek at Season 3 of "Game of Thrones" below: