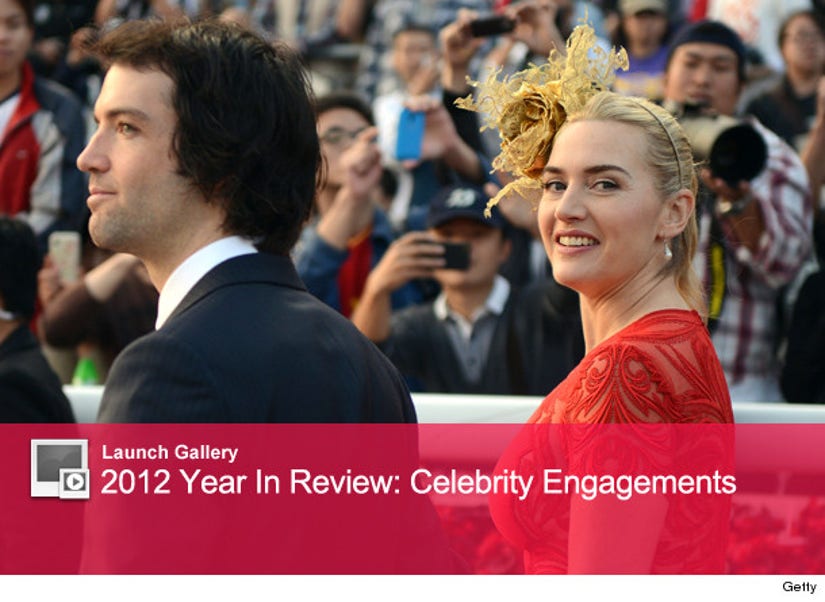 The third time's the charm for Kate Winslet!

The Oscar-winning actress wed Ned Rocknroll (born Ned Abel Smith) in a private ceremony earlier this month, her publicist confirmed. The intimate ceremony -- which was held in New York -- was attended by Kate's two children and "a very few friends and family."

In a statement, Kate's publicist said the couple had been engaged since the summer.

Ned is the nephew of Virgin tycoon Richard Branson. He's an executive with his uncle's space flight venture Virgin Galactic.

Kate is best known for her role in "Titanic," and won an Academy Award for "The Reader." There were reports that her "Titanic" costar Leonardo DiCaprio gave her away at the ceremony, but Leo's rep told toofab she had no comment.

Congrats to the newlyweds. See who else got engaged in 2012 by clicking the "Launch Gallery" above!