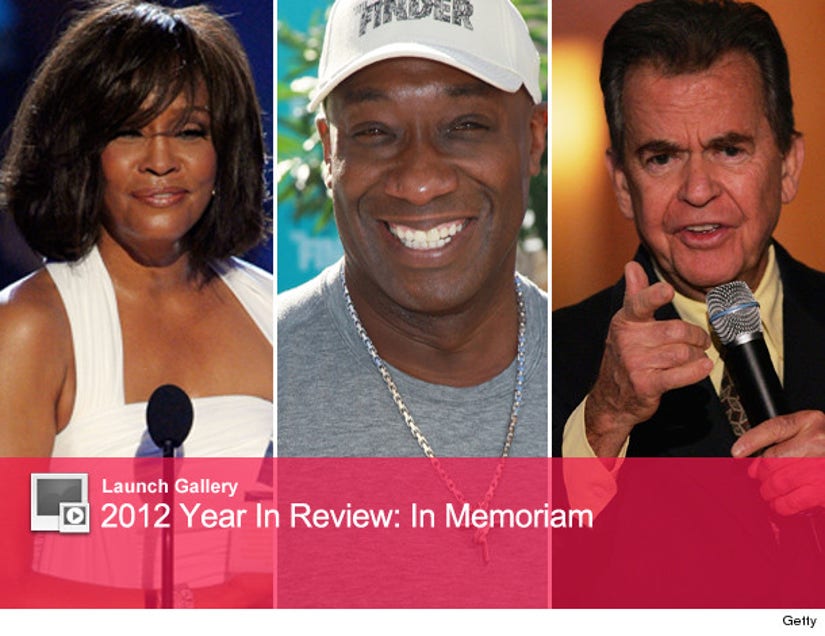 The most unexpected passing was Whitney Houston, who drowned in her hotel room bathtub in February. The pop superstar was just 48-years-old. “The Green Mile” actor Michael Clarke Duncan never recovered from a heart attack and died in September at age 54.

TV lost a number of legends. Dick Clark died of a heart attack in April, and Andy Griffith of the same cause in July. Andy's costar George Lindsey -- who played Goober Pyle on "The Andy Griffith Show" -- passed in May.

Click “Launch Gallery” above to remember the celebrities that we lost in 2012, but will never forget.