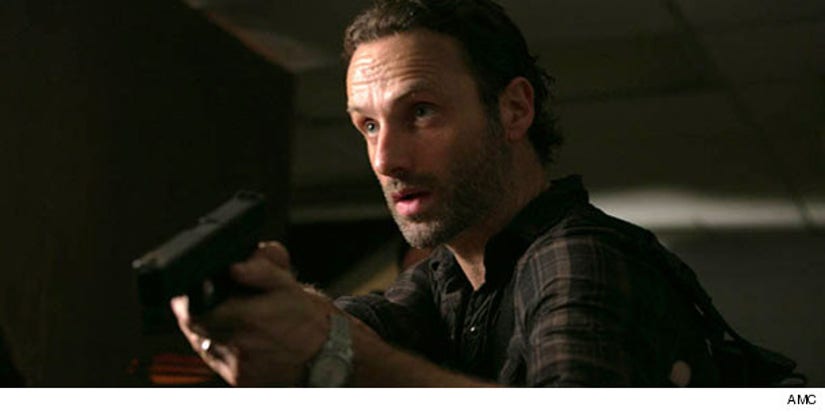 So we survived the end of the world on December 24th, but not all the characters on "The Walking Dead."

The Governor's (David Morrissey) daughter Penny (Kylie Ann Syzmanski) and prisoner Oscar (Vicent Ward) were killed during the siege on Woodbury. Brothers Daryl (Norman Reedus) and Meryl Dixon (Michael Rooker) were finally reunited only to face off in a death match.

The show is still on its winter break, but we have a brand new sneak peek at the episodes when it returns February 10th. Check it out below:

Looks like The Governor will exact his revenge on Rick Grimes (Andrew Lincoln), Michonne (Danai Gurira) and their group. Andrea (Laurie Holden) will reunite with her former friends, but where do her allegiances lie? Plus, it looks like baby Judith may be put into danger, while her big brother Carl (Chandler Riggs) -- clad in body armor and brandishing a gun -- steps up to defend the camp.

Over the holidays, it was announced the show will be picked up for Season 4, but without showrunner Glen Mazzara, who is leaving after a "difference of opinion."

What was the most shocking moment of the first half of Season 3? Vote in our poll below: