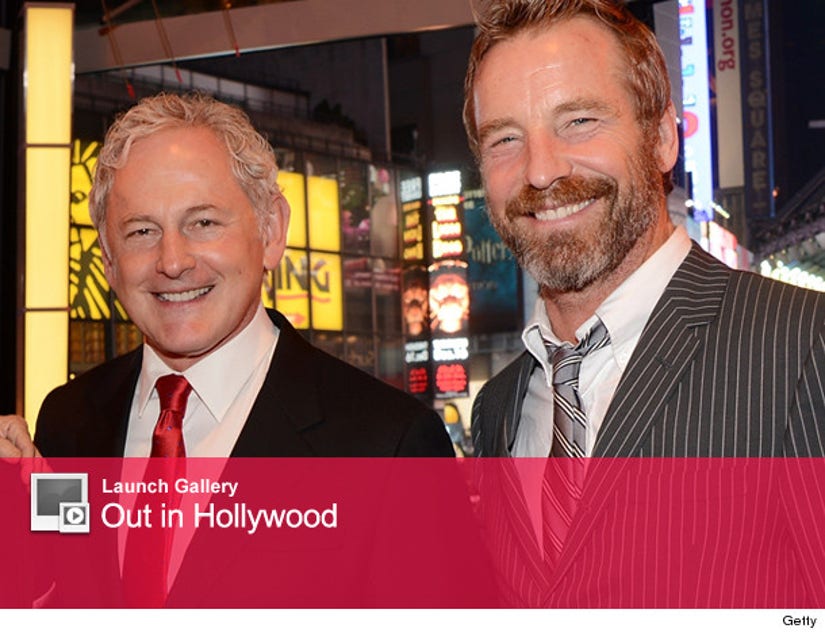 Jodie Foster made headlines by coming out (kind of? We're still not sure what happened there) during her Cecil. B. DeMille Award acceptance speech at the Golden Globe Awards on Sunday, but another star just quietly confirmed his orientation to an Internet blogger.

Victor Garber -- known for his roles as Jennifer Garner's father on "Alias" and the shipbuilder in "Titanic" -- confirmed that he is gay during an interview with Greg Hernandez for Greg in Hollywood.

Hernandez was researching the actor, and stumbled upon the following line on Garber's Wikipedia page, "He lives in New York with his companion of 13 years, Rainer Andreesen."

Confused if Garber had publicly come out and he just missed the news, Hernandez asked.

"He seemed surprised by the question but said: 'I don't really talk about it but everybody knows,'" Hernandez writes, noting that Garber then added: “He's going to be out here with me for the SAG Awards.”

The 63-year-old is nominated for Outstanding Performance by a Cast in a Motion Picture for his work in "Argo" -- and it wasn't the first time he'd worked with Ben Affleck. Garber appeared in Affleck's hit "The Town," though maybe his most important role with Ben was when he married Affleck and Garner in the Turks and Caicos Islands in 2005.