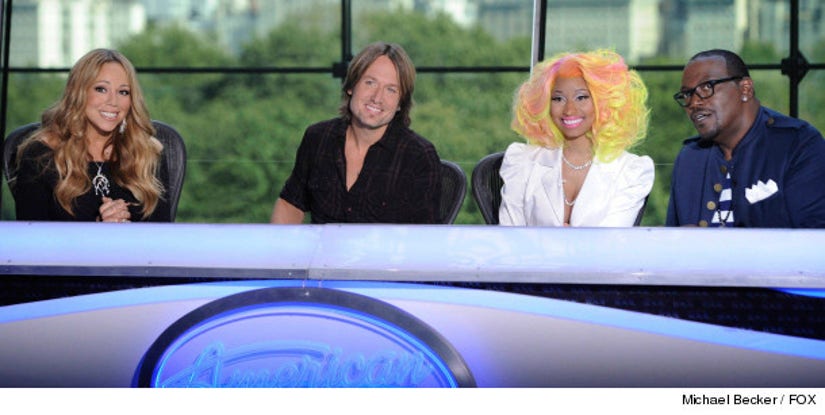 It seems all the drama in the world can't help "American Idol" -- the show's ratings sank for Wednesday night's Season 11 premiere.

Variety reports that the perennial hit was down 18% in viewership from last year's season premiere, making it the program's lowest-rated premiere to date. That's 17.8 million viewers as compared to Season 10's 21.9 million ... which was the record low at the time.

Even the very public feud between (diva) judges Mariah Carey and Nicki Minaj failed to attract viewers -- and that included Nicki calling Mariah a bitch during the first audition!

So what do you think? Is "Idol's" time coming to an end, or are you still still on board with the singing series? Let us know, below!