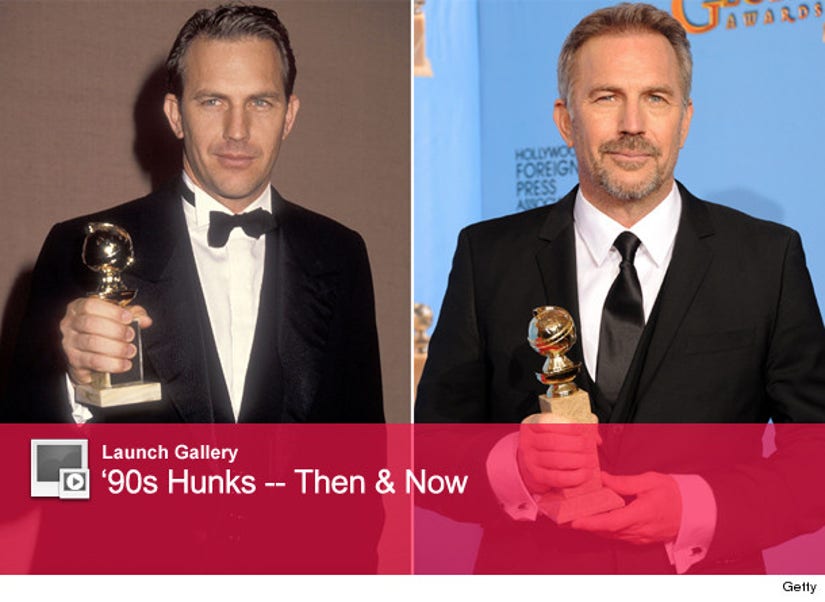 The actor's career is still going strong; he just won a Golden Globe for his portrayal of Devil Anse Hatfield in "Hatfields & McCoys" and will appear in this summer's blockbuster "Man of Steel" as Jonathan Kent, Superman's adoptive father.

Kevin had a string of hits in the early '90s, including his Oscar-winning "Dances With Wolves," "Robin Hood: Prince of Thieves," and "The Bodyguard."

Check out the side-by-side photo of Kevin from the 1991 Golden Globes and last weekend's event.

The years have been pretty good to Kevin, who is still quite handsome (especially after ditching his silly soul patch). But what about his contemporaries like Val Kilmer and Jason Patric? Do they still look as good? Find out by clicking our "Launch Gallery" button above!