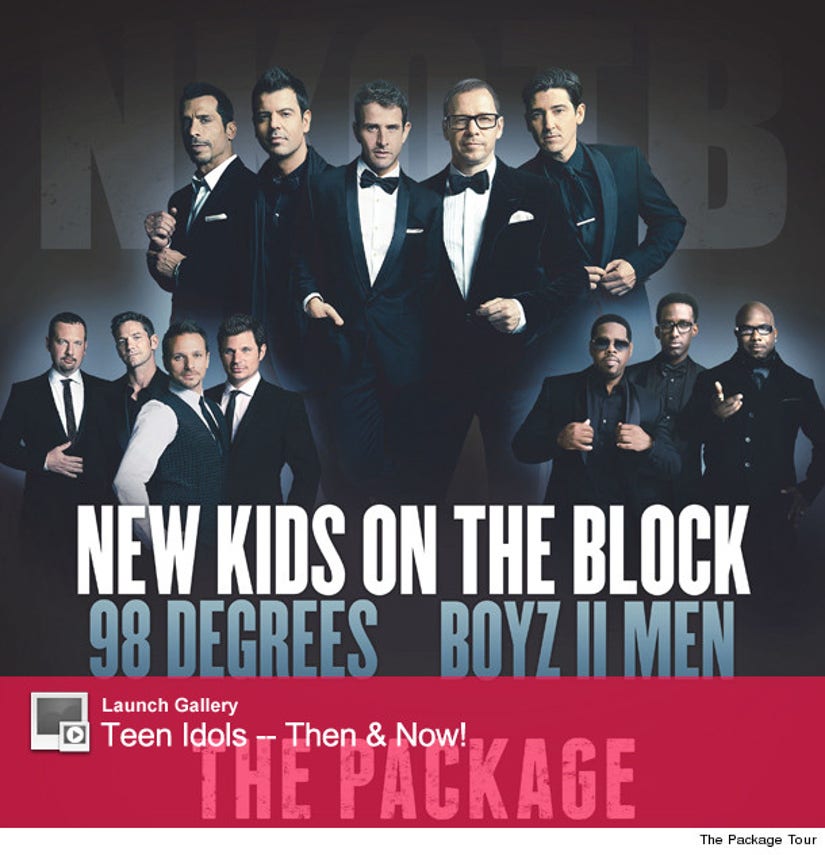 It's a dream come true for every '90s boy band fan -- the New Kids on the Block are uniting with Boyz II Men and 98 Degrees for one hell of a summer tour, aptly titled, "The Package."

NKOTB former bad boy Donnie Wahlberg called in to "On Air with Ryan Seacrest" on Tuesday morning, sharing that the New Kids will headline the show, with the other groups appearing as special guests.

Seacrest's morning show is also set to premiere NKOTB's new single “Remix (I Like The)” this Friday morning, ahead of the release of their new album "10," which drops April 2nd.

This ultimate '90s tour kicks off May 31 in Connecticut, wrapping up July 13 in Minnesota. Tickets go on sale to the general public on Feb. 2.

Vote below to let us know who you're most excited to see, then click "Launch Gallery" above to see shots of these guys and more Teen Idols then and now!