If action star Jeremy Renner ever needs a fall-back career, he has one -- flipping houses!

The actor and his business partner Kristoffer Winters bought this 6-bedroom, 11-bathroom Holmby Hills mansion for $7 million in 2010, upgraded the hell out of it, and just relisted it for $24.95 million, more than four times what they originally paid. Renner and Winters have flipped about 15 projects in the last 10 years.

Our jaw dropped when we saw the double island kitchen with custom floor AND ceiling, the his and her dressing rooms, and the incredible pool. There's also a gym, theater, and full bar in the 10,000 square-foot luxury home. Check out the photos below: 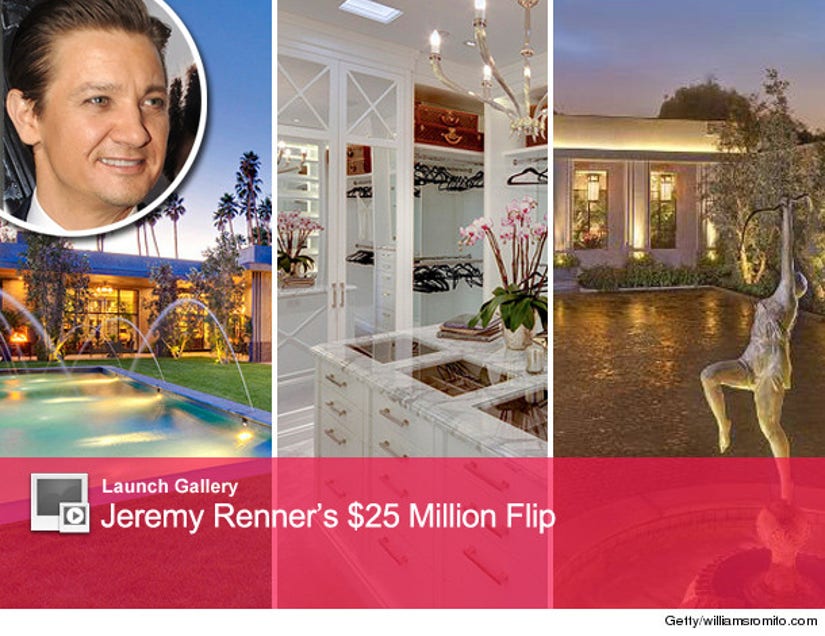 The house is dubbed "The Reserve," and you'd have to reserve a helluva lot of money to afford this place. Naturally, it's only being shown to pre-qualified buyers. Branden Williams and Rayni Romita hold the listing.

If the house sells, that's one nice bump in Jeremy's bank account. He'll need it though -- he and ex-girlfriend Sonni Pacheco are expecting a child. Sonni is currently living with the "Avengers" actor and his "roommate" during her pregnancy.