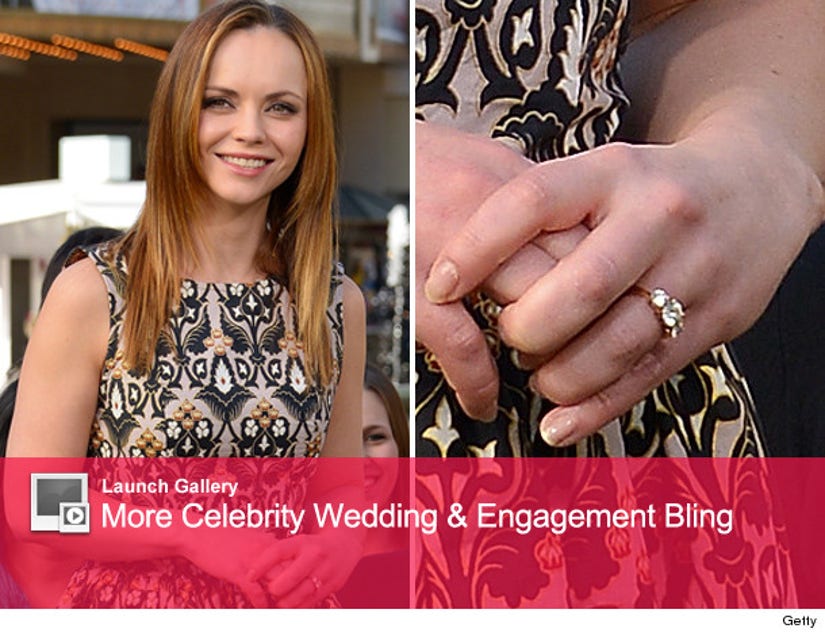 "Wednesday Addams" is going to be a married woman -- Christina Ricci just announced that she's engaged!

The 32-year-old "Addams Family" actress confirmed to US Weekly that she's set to wed her boyfriend James Heerdegen, a dolly grip who she met in 2011 while working on her quickly-canceled ABC series "Pan Am."

Ricci sported her rock to an event at The Grove in Los Angeles on Friday, and when asked about the ring she replied, "Yeah, [we got engaged] a couple months back." Way to keep a secret!

This will be the first marriage for Ricci, who was previously briefly engaged to comedian Owen Benjamin.