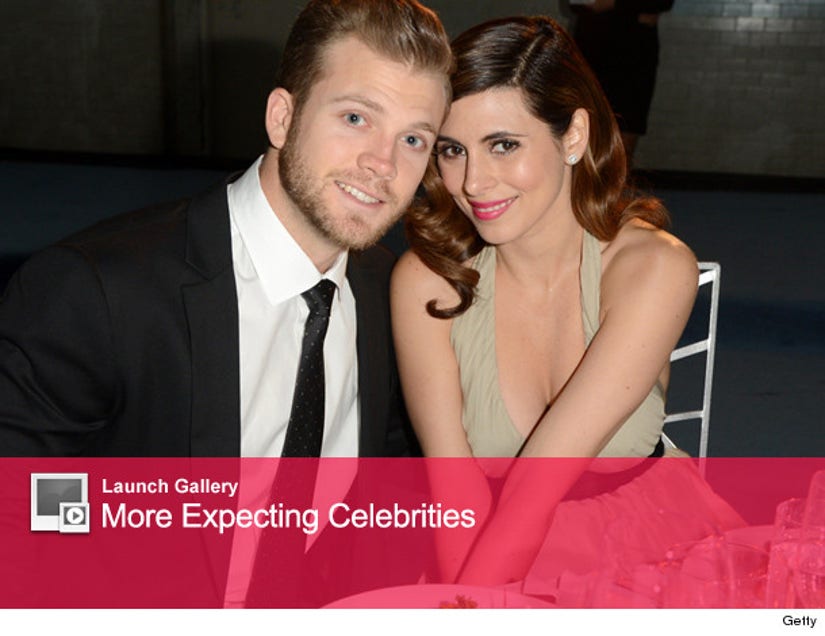 2013 is turning out to be a pretty big year for "Guys With Kids" star Jamie-Lynn Sigler. Just two weeks after getting engaged to Cutter Dykstra, the couple is also expecting a baby!

Life & Style reports that the former "Sopranos" star, 31, and her finace, 23, are set to become first-time parents later this year -- and were surprised by the news.

"The pregnancy was a shock," a source tells the magazine. "She just told the cast and crew of 'Guys.'"

Luckily for Sigler, she's had plenty of recent experience with children -- she's plays the mom of two on the NBC sitcom.

Congrats to the couple and click "Launch Gallery" above for more expecting celebs!