Chris Brown is currently watching the Academy Awards at Elton John's Oscars party ... and we're guessing it got pretty awkward in there when Seth MacFarlane opened the show with THIS.

During his opening monologue, the "Family Guy" creator/host took a jab comparing the brutality of "Django Unchained" to the controversial relationship between Brown and on-again girlfriend Rihanna.

"'Django Unchained,' now that was an intense film," said Seth. "This is a man fighting to get back his woman, who's been subjected to unthinkable violence ... or as Chris Brown and Rihanna call it, a date movie."

The joke was met with jeers and cheers from the audience, with MacFarlane warning that there would be more questionable jokes to come.

What do you think of the joke? Funny ... or tasteless? Sound off below.

Plus, check out photos of Chris and more stars at Elton John's party: 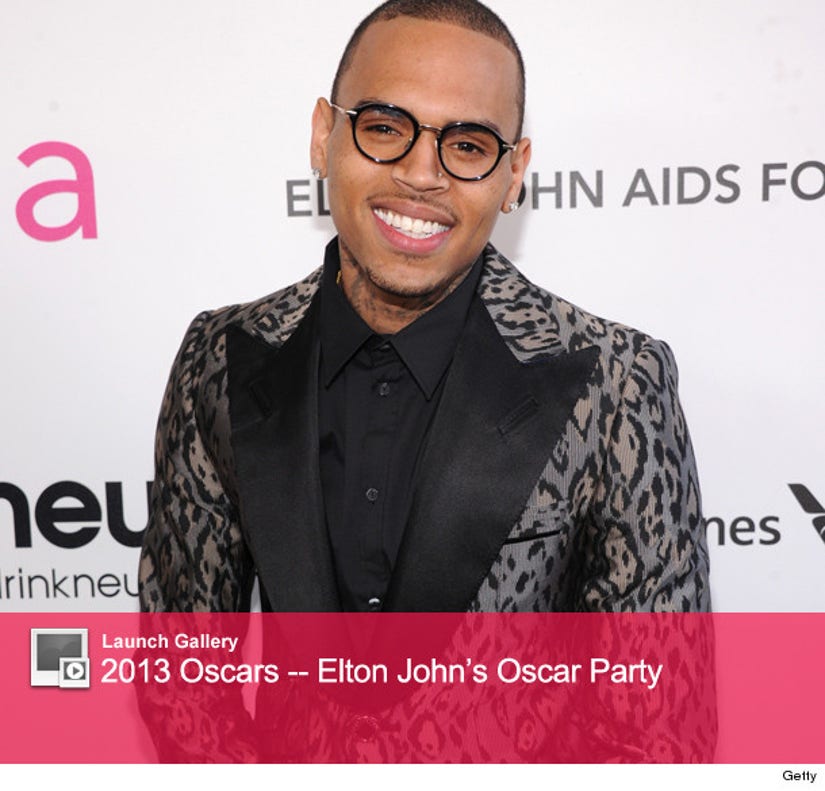