With the stress of winning off their shoulders, the biggest stars in Hollywood had one thing on their minds after the Oscars: Getting to an after-party!

And there were plenty to choose from.

As usual, the Vanity Fair bash was the most A-list event in town -- with winners like Jennifer Lawrence, Anne Hathaway, Ben Affleck and Daniel Day-Lewis all attending the Sunset Tower soiree.

Inside the party, Jennifer Aniston was seen cuddling with fiance Justin Theroux, Catherine Zeta-Jones chatted up Ashley Olsen and Orlando Bloom and Miranda Kerr were seen talking with Halle Berry ... what a hot trio!

Other stars at the party include Reese Witherspoon, Channing Tatum and preggers wife Jenna Dewan, Amanda Seyfried, Kate Becksinale and many, many more. See all the party pics above. 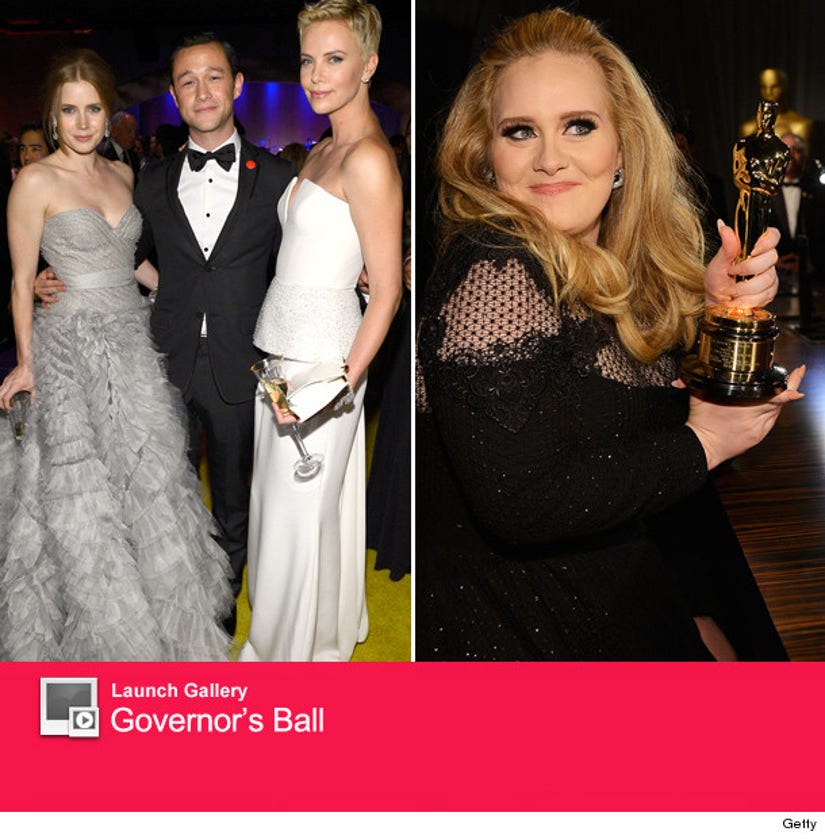 The easiest event for the stars to get to was the Governor's Ball, which took place at the Hollywood & Highland center ... directly attached to the Oscars.

﻿﻿Charlize Theron posed with Amy Adams and the adorable Joseph Gordon-Levitt ... and speaking of adorable, how great does Adele look with her little gold man?

She was also seen hanging out with Barbara Streisand and Shirley Bassey. Talk about a vocally powerful group.

Also at the bash: Jessica Chastain and her costar in "The Help," Octavia Spencer, John Travolta, George Clooney, Ang Lee and Quvenzhane Wallis ... who was dancing up a storm! 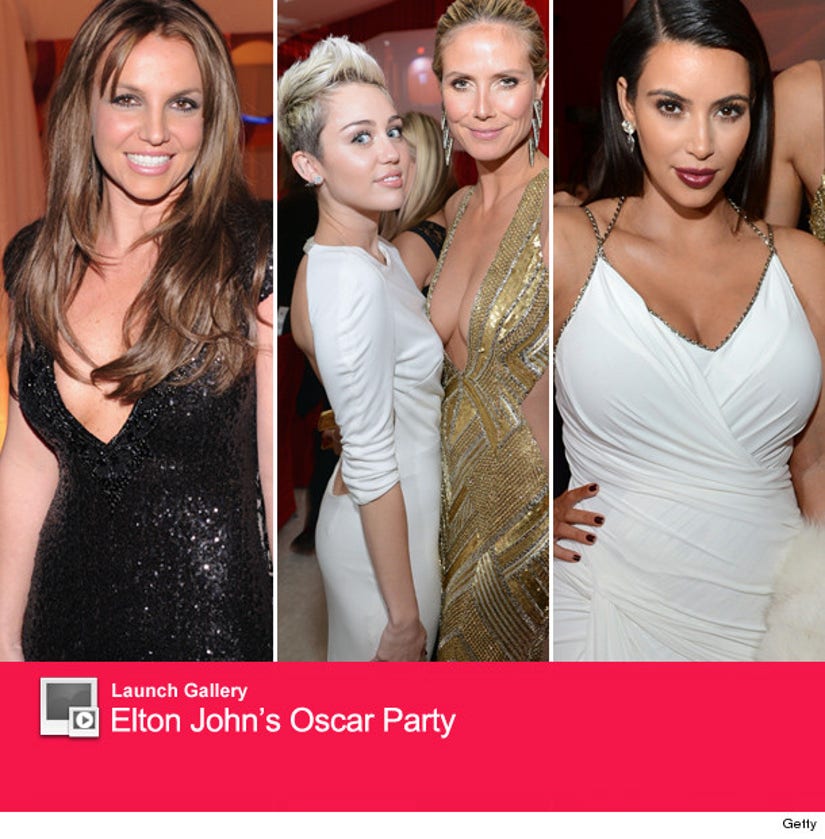 And while there weren't any Oscar winners at Elton John's annual party, it was still the place to be seen for non-nominees.

The bash, which was more of a viewing party for those not invited to the main event, was a who's who of celebrities.

Elton also brought a special guest to the event: Adorable son Zachary, who was all dressed up in a suit as well.

Check out all the party pics above -- and some killer video from the Vanity Fair party below: