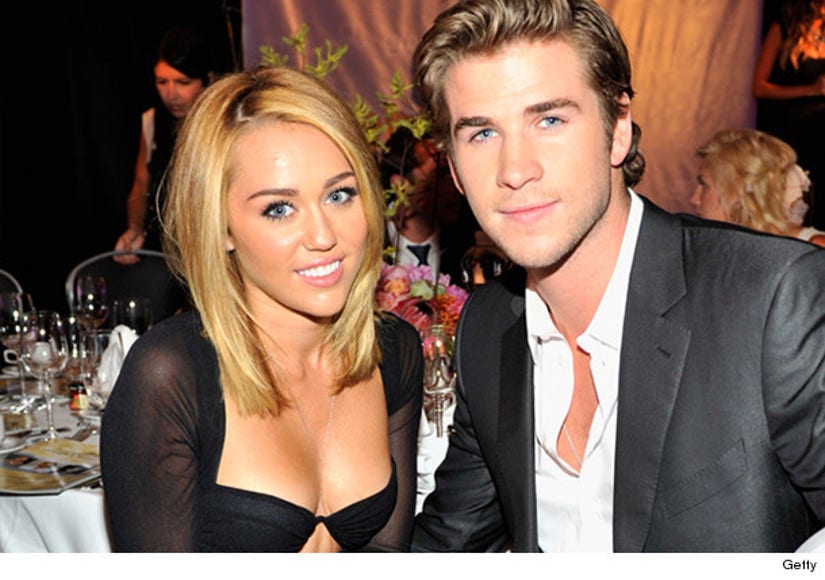 Headlines like "Cheating scandal" and "Miley betrayed" are covering two different tabloids this week -- and Miley Cyrus is sick of it!

"I am so sick of La. And sick of the lies that come with it," the singer tweeted on Wednesday following speculation she and fiance Liam Hemsworth had canceled their impending nuptials.

"I didn't call off my wedding," she wrote -- adding, "Taking a break from social media. #draining".

It's not all sunshine and rainbows though, as a PEOPLE source reports "Miley and Liam have had some problems that they are working through. Miley doesn't think it's a big deal. She loves Liam and can't wait to marry him."

The split talk started when Liam was spotted leaving a pre-Oscar party with "Mad Men" star January Jones in February.

The two were photographed leaving the Chateau Marmont together in the same car:

Miley had remained silent on the issue ... until now. And, with an apparent social media break on the horizon, it sounds like she's done talking too.

The only thing we can expect to hear from her: Some new songs.

"my new music is gonna shut everyone up," she tweeted before starting her self-imposed Twitter ban.