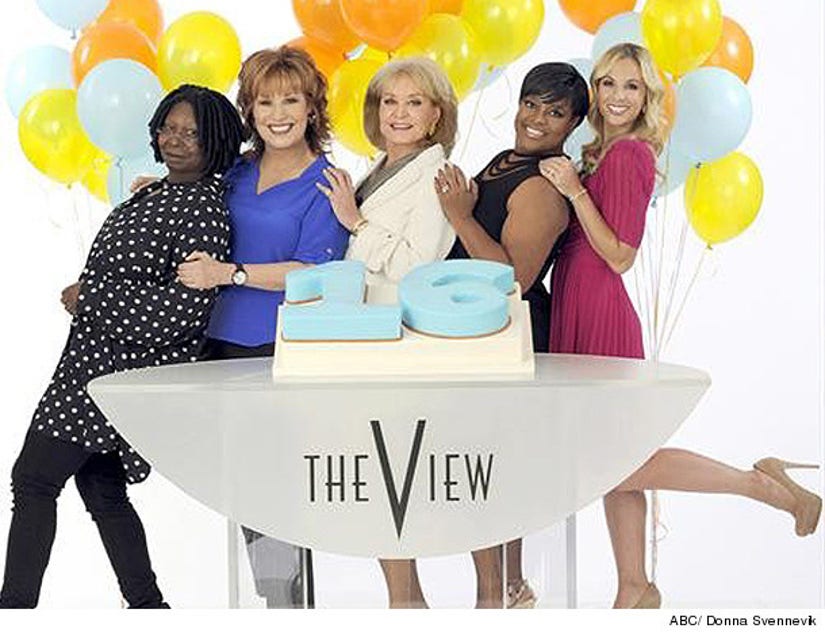 And then there were three.

ABC announced Thursday that comedienne Joy Behar (second from left) is set to leave her position as co-host of "The View" at the conclusion of this season, after a whopping 16 1/2 years on the job.

The 70-year-old was the last remaining original cast member aside from Barbara Walters, who is also co-creator and executive producer of the daytime talker.

The next day, Us Weekly reported that Elisabeth Hasselbeck (far right) will also exit the show at the end of the season -- but it appears that this one wasn't her choice.

"The viewers they polled all said she was too extreme and right wing," a source told the mag. "People did not watch the show because of Elisabeth. So they told her yesterday her contract would not be renewed."

The 35-year-old former "Survivor" contestant has been the source of much show drama over her 9 1/2 years on the program, having gotten into fights with guests like Kathy Griffin and Bill Maher, and one really epic blowout with former co-host Rosie O'Donnell.

If the report is true, only Walters, Whoopi Goldberg and Sherri Shepherd remain as hosts.