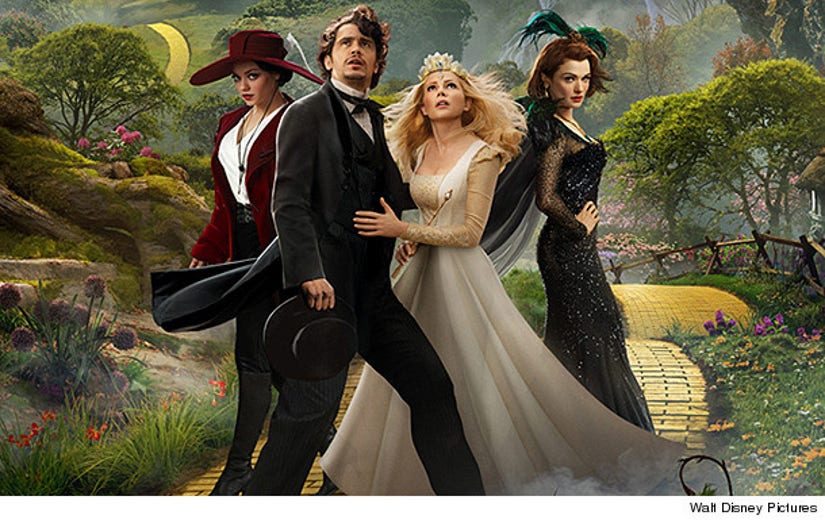 With a title like "Oz the Great and Powerful" and instant comparisons to one of the most beloved movies of all time, Disney's latest offering has a lot to live up to.

It's hard to follow up a movie like "Wizard of Oz" and while the prequel has moments of greatness and will make a killing at the box office, it probably won't be as beloved 75 years from now as its predecessor.

After being chased out of town for hitting on the wrong woman, carnival magician Oscar Diggs (James Franco) gets caught in a freak tornado and is magically transported to the land of Oz.

There he meets a trio of witches (Mila Kunis, Rachel Weisz and Michelle Williams) and is tasked with defeating the famous Wicked Witch.

Like the original movie, this go-around also starts off in black in white ... eventually becoming glorious, CGI-filled color once he gets outta Kansas.

With production design from the same guy who did Tim Burton's "Alice In Wonderland," the movie is packed with tons of artificial eye candy. While the backgrounds sometimes border on cartoonish, the art deco-inspired Emerald City is definitely a place you'd want to call home.

Franco does a serviceable job playing the would-be Wizard, but one also wonders what the movie would have been like with director Sam Raimi's first choices, Johnny Depp and Robert Downey Jr., in the lead role. 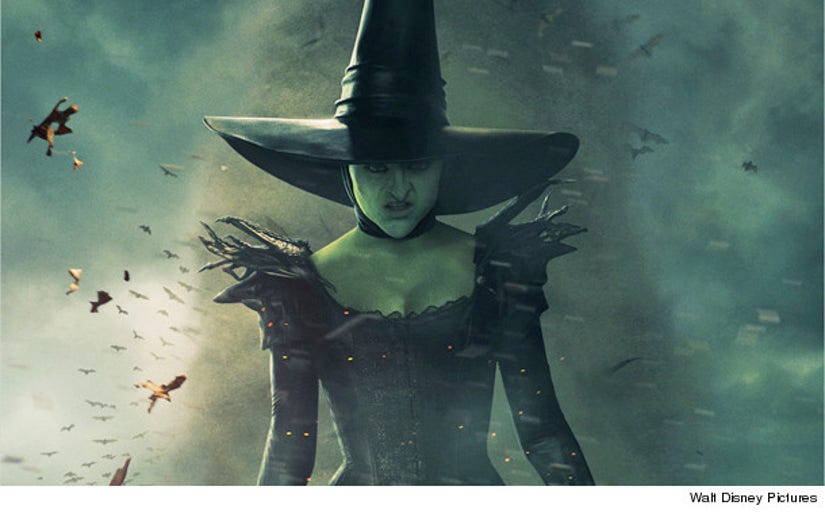 As far as the witches go, Weisz is deliciously evil as Evanora while Kunis at least looks gorgeous as the naive Theodora.

Williams is perfectly cast as Glinda though, and it's great to watch her in a movie that her daughter can actually see ... and not another uber-serious drama.

And while we won't spoil who goes green, know this: The actress who eventually turns do the dark side doesn't come close to matching Margaret Hamilton's wickedness.

But really, who could?

Other than a few cartoony backdrops, the special effects and 3D in this film are spectacular. The motion-capture work done on the China Girl character is particularly impressive.

So, should you be off to see the Wizard this weekend? Yes ... but be warned, the movie never shines quite as brightly as Dorothy's ruby red slippers.