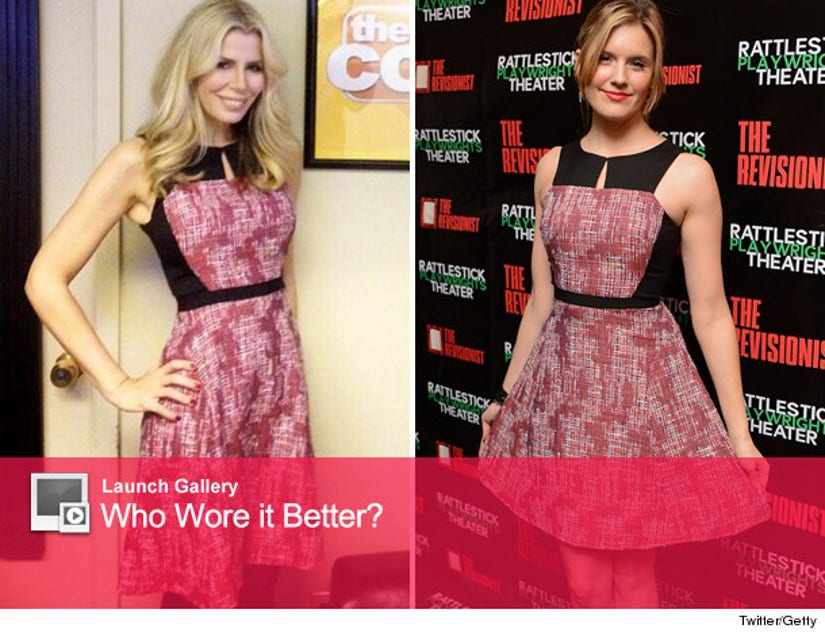 It's a housewife versus a Hollywood starlet!

The reality TV star -- who is also an amputee -- paired her dress with black leggings and pumps.

Both stars looked great, but we give Aviva the nod on styling. Maggie's hair was a little sloppy, and the casual chic tweed seems better suited for a talk show appearance.

Who wore it better? Click on the "Launch Gallery" button above to vote on this and more dueling dresses!