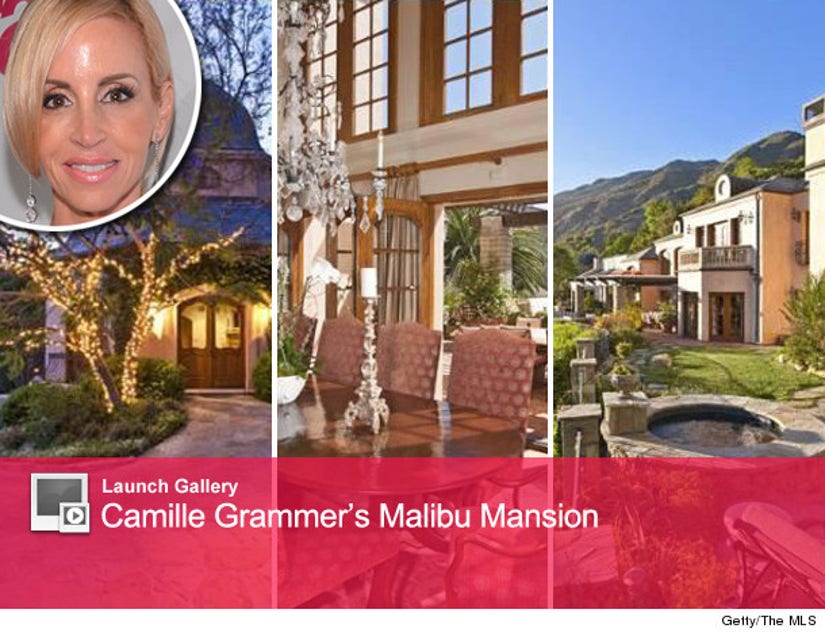 Talk about a price drop!

"Real Housewives of Beverly Hills" star Camille Grammer has re-listed and slashed the price on her Malibu mansion in hopes of selling it quickly.

Back in August, Kelsey Grammer's ex-wife put the house (which has been featured on the Bravo show) on the market for a whopping $17.9 million. Late last week, the 4-bedroom, 6-bath house went back on the market for $14.995 million, a $3 million reduction.

The amenities include a kitchen designed by celebrity chef Wolfgang Puck (somehow we can't picture Camille toiling over a hot stove), dressage riding ring and nine-stall barn. Did we mention there's a guest house that qualifies as a mansion (8,000+ square feet) itself? The guest house has a 5-car garage and rooftop deck.

Camille and Kelsey bought the house for $4.5 million back in 1998 and are splitting the proceeds of the sale per the terms of their divorce.

With Camille reportedly off the "RHOBH" next season, she'll need to supplement her income. Kelsey recently unloaded this 90210 property to supplement his.

Click on the "Launch Gallery" button above to see all the lavish photos.

Thanks to Real Estalker for the heads up.